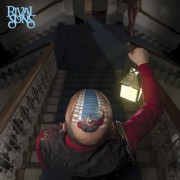 Californian hard rock act Rival Sons are preparing to release a special redux version of their 2011 breakthrough album Pressure and Time a day after they kick off a European tour.

The band will start the tour on March 11th with a run of UK dates with Black Stone Cherry, before heading on to mainland Europe for a number of headlining shows.

“We’re looking forward to getting back to our ‘home away from home’, Europe, and specifically the UK. Since we were last out there we did a tour of the States and a quick run through Canada, where we pleasantly received an overwhelming response, which is fantastic. This time we’ll be joining up with the band Black Stone Cherry for the UK dates – we hear they do really well in the UK, and are a buncha good dudes.

“The rest of Europe will see us on our own, headlining again – great response last time, and it looks like this tour is already selling really well. We’ll have our follow-up record wrapped up before we leave for the tour (which we’re working on feverishly right now), so I suspect we’ll be feeling good and fired up to get cracking back on stage every night. Might even sneak a new number in here and there.

“Dearest UK and European friends – we see you are starved of the rock ‘n’ roll – famished even – and that makes us sad. No one deserves that! So now, we will bring you the rock ‘n’ roll sandwich. That’s us… the Rival Sons. See ya soon.”