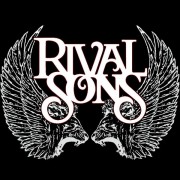 Rivals Sons have confirmed that they will be the main support act for Guns N’ Roses for two shows in Europe this coming summer.

The band will be opening for Guns N’ Roses on June 4th at Ahoy in Rotterdam, Netherlands, and then at the Warsteiner Hockey Park in Mönchengladbach, Germany on June 8th.

Rival Sons guitarist Scott Holiday had these comments to make:

“What a great, great opportunity to get these shows supporting Guns N’ Roses! Germany has been great to us, and this will only help us reach out to so many more people over there. As far as Guns goes… I remember the first time those guys were ever on MTV, me and my best mate were watching. A total shock to the system, and to me and my friends’ lives. We were really young little dudes, but we already loved our rock ‘n’ roll, and Guns just reeked of reality and grit… I mean they were literally very dirty. And we LOVED it. They ushered in a lot more ‘real’ and dirtiness to a scene that had become way too fruity-pants. As a wee guitar-playing lad, I couldn’t get enough of Appetite For Destruction and Lies. Ready to see and hear some of those first tunes played live!”