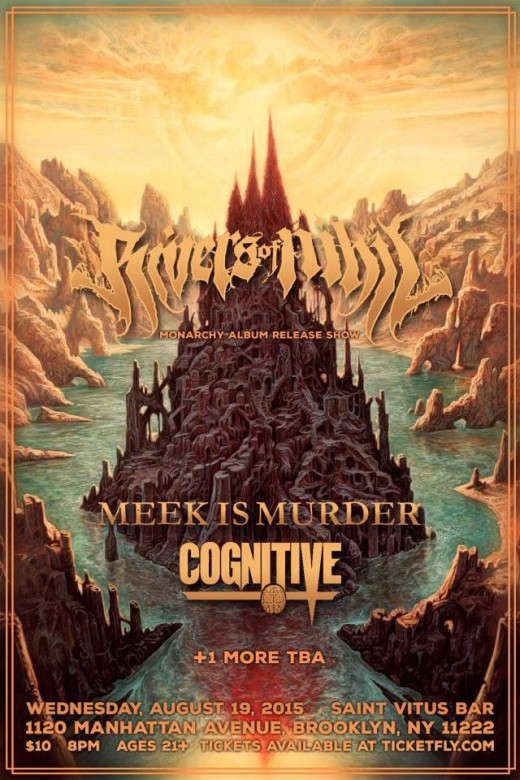 This Friday sees the release of RIVERS OF NIHIL‘s sophomore album “Monarchy” via Metal Blade Records. Right now at metalblade.com/riversofnihil “Monarchy” is streaming in its entirety. Be sure to check out this landmark album and if you haven’t go ahead and pre-order your copy!

RIVERS OF NIHIL have a special CD release show scheduled for This Wednesday August 19th in Brooklyn, NY at Saint Vitus. Fans will be able to hear songs from “Monarchy” performed live for the first time and purchase the CD in person. A full autumn tour itinerary will be announced soon.

A video documenting the making of the album has been released today and can be viewedHERE. The video was shot during recording at guitarist Brody Uttley’s home studio and recording at Atrium Audio in Lancaster, PA with Carson Slovak and Grant McFarland. This video gives fans an insight into the processes behind the tracking and concept of “Monarchy.”