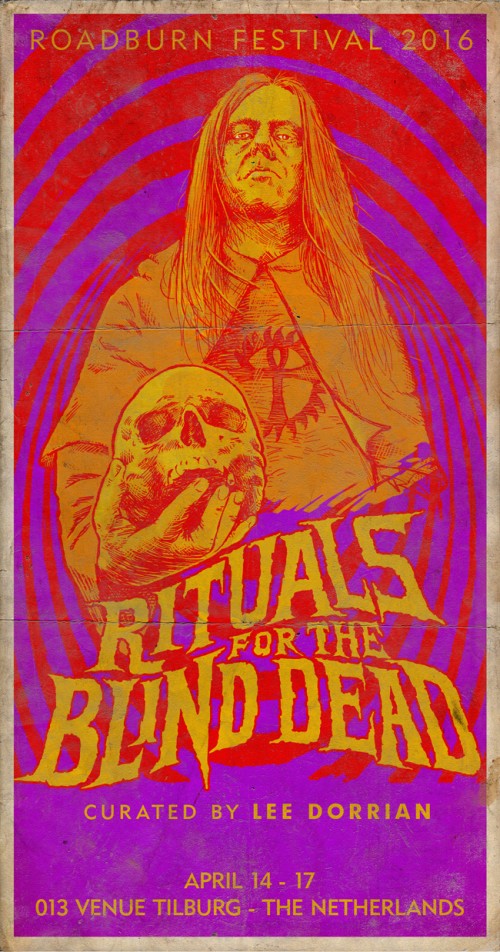 “To be invited to celebrate our 30th anniversary in Europe at Roadburn is an absolute honor.  Roadburn is a treasured and unique event that embodies the spirit of open minded community and original, emotional heavy music. We are humbled to be a part of it again” – NEUROSIS, August 2015.”

The iconic, California-based band have planned just two events to mark this career milestone – one of which will be in San Francisco (March 4 & 5 at the Regency Ballroom), the other at Roadburn. NEUROSIS will in fact perform twice at Roadburn 2016 – as headliners on both Saturday 16 April, and on Sunday 17 April. The two sets will span the band’s entire career, showcasing NEUROSIS’ comprehensive evolution from their primitive beginnings to the seminal, epic outfit they are today. Each set will be completely different, and each album will be explored, allowing the band and the audience alike to revisit various parts of the band’s history.

NEUROSIS are very much a part of the tapestry that makes up Roadburn’s legacy; the announcement of their first headline slot at Roadburn 2007, marked a stylistic shift for the festival. Over the years, we have also played host to many NEUROSIS-linked side and solo projects, as well as bands that nestle under the Neurot Recordings label umbrella, and had the band truly kick off a new Roadburn tradition when they curated the festival in 2009.

Pioneering Yorkshire doom legends PARADISE LOST will headline Roadburn Festival 2016 on Thursday 14 April 2016 playing their highly influential second album, Gothic, in celebration of its 25th anniversary. The band will play their masterpiece from start to finish, alongside tracks from their latest album, The Plague Within.

Leaders of the doom metal scene for over twenty five years, PARADISE LOST have kept their dank and dark take on the genre incredibly fresh with their latest album. Released on Century Media, The Plague Within marks a majestic return toPARADISE LOST’s innovative origins, recalling the melancholic heaviness of the band’s seminal second album, Gothic.

“As a young band we spent a good deal of time in the early 90’s driving around The Netherlands in a small transit van, living off chips with mayonnaise, drinking Chocomel and playing stuff from this album. ‘Gothic’ totally reminds me of those days, so if we were ever going to play the album in its entirety in 2016, it has to be in The Netherlands, and where better than the Roadburn Festival!!”

PARADISE LOST will be playing The Netherlands this year as part of their European tour in support of The Plague Within. They will play Tivoli, Utrecht on October 7.

ROADBURN FESTIVAL is incredibly proud to announce that our 2016 curator will be musician, label owner and sonic pioneer, LEE DORRIAN.

Having headlined the first Roadburn Festival in 1999 with Cathedral, and celebrated Rise Above Records’ 20th anniversary at Roadburn in 2008, not to mention the bands that he has guided our way over the years, Lee’s history is very much entwined with that of Roadburn Festival.

“I feel very honoured to be handed this prestigious task to curate Roadburn 2016. Having been involved with Walter on a personal level for many years now, I always felt like part of the family, as opposed to being someone on the outside. So, with that in mind, I was both shocked and excited when he asked me to take on this fantastic opportunity.
I promise to make this an event that no-one will forget, and I’m already frothing at the potential of possibilities available!! It’s a dream and one that I never expected. This is what I love, so I will not disappoint. Come and join us in this ritualistic nirvana of praise and offerings to the unholy Blind Dead. Templars Arise!”

For the first time, Roadburn’s curator will take charge over two days – meaning the curator can develop a very specific and definitive vibe each day. Lee will curate the Main Stage on Friday 15 April 2016, before moving across to the iconic Het Patronaat venue on Saturday 16 April – where his ‘Rituals for the Blind Dead’ will come to life. 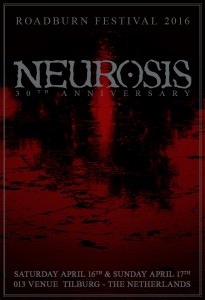 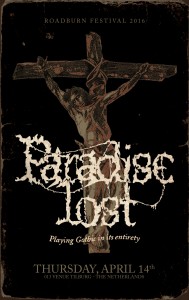