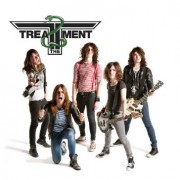 I was recently given the opportunity to interview Matt Jones of The Treatment. The Treatment is a high energy rock n’ roll band from the UK, their sound can be comparable to that of rock legends AC/DC, but their age is that of recent high school graduate. Their old school sound, mixed with their young and high spirited energy for their passion to make music makes their band one to watch out for in the upcoming future. Mr. Jones and I discussed how their current (and first) American tour came about, what they are doing after this tour, and when their fans could expect new music from them.

Check out his answers here. 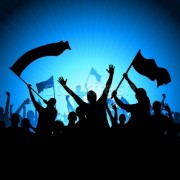 We actually found out when we were coming back from a gig in the UK, we were all in the van,  the call came through, and our manager told us we all just jumped out of our seats and started high fiving each other and celebrating, what I think happened was is that Nikki Sixx is a bit of fan of ours and through having that connection and great management it all came together.

This is your first U.S. tour, how are the crowds reacting to your sound?

Is the U.S. what you expected?

Yes, pretty much, when you’re growing up in the UK, you kind of look over to the US because we always have bands coming over to us, so we’ve always been watching the U.S., everything seems bigger out here which is why the restaurants are twice the size of ours, the venues are twice the size of ours,  the United States does stuff big, which is great!

Would you guys be willing to come back to the U.S. to do another tour based off your experiences thus far?

Oh yes, definitely, if things go as well as they do on this tour, hopefully, we’ll come back and do another tour with another band, or do a tour of our own, we definitely want to come back as soon as possible.

For fans who don’t know the band as well, what can they expect from your live set?

What are your guy’s plans following this tour?

When we finish this tour, which I think ends towards the end of September– we’ll go home and have a couple of weeks off, and then we go on tour with Thin Lizzy in the UK, which should be really exciting, we’ve done a couple of shows with them before that went really well, so doing a whole tour with them should be good. And then go back to Europe and do a few shows out there and then that should finish the year out, and then we’ll have some time off, which should be nice.

The band re-released the first album, when can the fans expect another full length or EP from the band?

We’ll see, we already have a few songs down already, because we record at home. And we’re actually playing a few new songs live, which are going down really well, so I think that when we get home, we’ll have some time off before we start to write and record again, and then we’ll see what happens, the album has only been out in America for a few months, and it’s been out back home for almost a year in the UK.

It has been said by other other bands from the United Kingdom state that if they can tour and make it or build a following in America – that they can make it anywhere….how true or important do you find that statement to be?

I’m not really sure, this is just the beginning of this tour, we’re having a great time just coming out here anyway, we enjoy playing anywhere, because we just love to play, I think things are going really well, so we’ll just have to see.

The interview was fun and encouraging that simple Rock n’ Roll does still exist and that there are bands out there willing to put in the effort to make great Rock albums with a high energy 1980’s feel to it.

The band’s current piece of work is their album This Might Hurt, which everyone who enjoys bands such as AC/DC, Motley Crue, and Kiss should definitely check out.

Matt Jones also said that connecting with his fans is important, and that the band tries to reach out to them using their social media–for all things regarding The Treatment, check out their Twitter and Facebook.

More News On The Treatment :