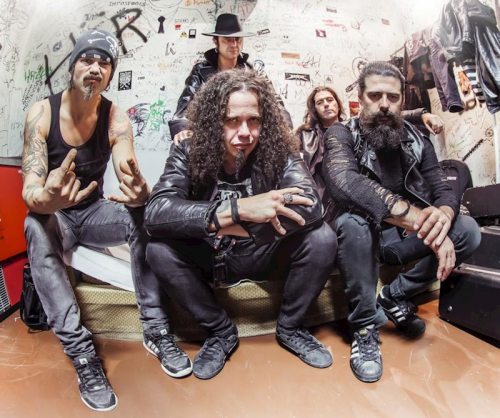 Moonspell have never made a bad album. Stay jealous about it.

December’s Underground pulse beats strong as the blood flows towards year’s end and we have a few more cool news items to discuss with you here at Metal Riot. Today we discuss a much needed re-issue of Moonspell’s most divisive record, a young hard rock band Through Fire’s cover of a Roxette classic and some Stone Sour news!

Moonspell are one of my ALL TIME favorite bands, respected but deserving of so much more love and awe. The band has never been one-dimensional and remain one of the true touchstones of gothic infused, dark metal with a black poetic soul. Released originally by the band in 1998, Sin/Pecado (which gets a gorgeous re-issue treatment this month via Napalm) became the great divider of the Moonspell wolfpack. Produced by their long time companion (Waldemar Sorychta – Wolfheart, Irreligious), the songs of this “accursed” album were signs of a rebellion of the band against the sound that made them famous in the scene.

“Moonspell’s biggest flaw or quality, judge for yourself, is never to be satisfied with anything,” Frontman Ribeiro says. “There was true creative anguish burning inside us in 1997, after we were done with the endless Irreligious’ tours, that created the perfect (shit)storm that would be Sin. It was a strange year for us, Paradise Lost, My Dying Bride, were letting loose and seemed to be also under the same mood as we did, or vice-versa. It doesn’t matter. Metal was turning its wheel and we’re all on the falling side. We took the fall and enjoyed doing it anyway. It wasn’t Moses dividing the waters, but it did hurt sometimes to feel alone. Curiosly a lot of other people entered Sin’s mood a couple of years later and now they beg of us to play those songs live. If you’re reading this and need another taste at sin, let’s indulge each other and pick up that second skin from the late-nineties deep closet.”

I don’t understand how a true fan wouldn’t like this album. It is of course not black metal but certainly vibes with some of the darkly romantic decadence they displayed on Irreligious. “Magdalene” in particular is one of their best songs, stunning performances in particular on that song from Pedro and Ricardo in particular which would add even more dynamics to the band’s legendary live shows. I hope more fans discover this release. Happy for the band it is getting more respect as an important creative moment. Bands should not be forced to never follow their muse creatively into interesting, nuanced dalliances and diversions.

Omaha upstart’s Through Fire have a new Sumerian backed cover of a Roxette classic “Listen To Your Heart”. I am a big fan of the original and the band were one of the catchiest around in their heyday. I actually shouted them out on a verse of an industrial song on my band Walking Bomb’s most recent album, cuz I listen to them in the kitchen with my girlfriend sometimes, haha.

(Update: This was written just a day before I found out the sad news about the passing of Marie Fredrikkson. RIP to an awesome artist).

Anyway, this new hard rock version aint half bad. While not the style of rock I gravitate to the most, I admire the band bringing back a tune that deserves more love and putting their own spin on it for a new generation!

All Animal, the band’s highly anticipated sophomore album was produced by guitarist/songwriter Justin McCain. The title track single ‘All Animal’ was #1 on SiriusXM Octane Big Uns’ Countdown for 2 consecutive weeks and spent 18 weeks on the Billboard rock radio charts.
The band is currently on their ‘Holiday Havoc’ Tour with Brkn Love, Saul and Dead Posey. Tickets are available from ThroughFireMusic.com 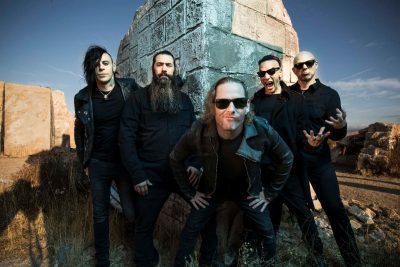 Speaking of hard rock, current genre leaders Stone Sour have a new live video for the song “Whiplash Pants”. I loved seeing Corey’s t-shirt of The Specials! Right on!

“This is the Reno show in its entirety, just how it went down on October 5th, 2018. We’re extremely proud of the fact that it’s 100% live with absolutely no overdubs! It’s not perfect but neither are we. I hope you enjoy this as much as we did playing it.”

Anyway, this is a high energy clip showing the bond between band and fans in a great way, more evidence of why they remain at the top of the pack in the hearts of many. The close camera guitar leads section is pretty fucking sick indeed as well. The clip is taken from the upcoming live album, Hello, You Bastards: Live In Reno which will be released on December 13th via Cooking Vinyl. Find the new track on your streaming platform of choice and watch the video below.