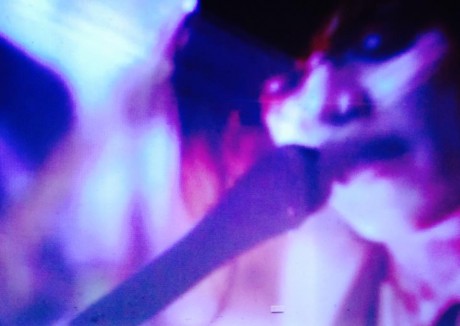 Other than The Great Give Back by The Heartless Breakers and a few other standout records by bands ironically with heart, you might think rock was really in poor shape in 2015. It’s actually not the case, as Royal Thunder‘s new video for Crooked Doors lead track and future anthem “Time Machine” gloriously proves with a bang. Not many bands on this site could hang on tour as Wilco’s opener (Nocturnal Poisoning/Wilco would be so rad). Personally, I think that it’s super cool the legendary Wilco took RT out.

Anyway, “Time Machine” has a riff that really reminds me melodically somehow of the chorus of Muse’s “Uprising” hit, but it’s also nothing like it. The slinky, gypsy rock main line builds up to a somber and reflective harrowing of personal trials, purged out in the louder rock moments of the song with vigorous bravery.

Three cheers to Royal Thunder, still the ones to beat for hard rock in the first quarter of 2015. They really are just ailing it and firing on all cylinders. The lyrics of this one in particular are some of the most flooring and powerful on the new record, especially that second verse. Ooofff.  You will feel something.

Watch the video BELOW.