Swedish power metallers, Sabaton, have released the cover art and track list for their upcoming album “Carolus Rex.” This is the band’s sixth studio album and the album’s theme is about the Kingdom Of Sweden from 1561 through 1721 and the whole album will be sung in Swedish. The band has also stated:

“For the first time ever, we have had an expert to help us out with the theme, the well-known Swedish historian Bengt Liljegren. We have also added some extra time in the studio to find the absolute right sound on ‘Carolus Rex,’ and our producer, Peter Tägtgren, says that this album will mark a brand new standard for how a heavy metal album should sound like!”

The new album will be released May 25th In Europe and May 22nd in North America through Nuclear Blast. 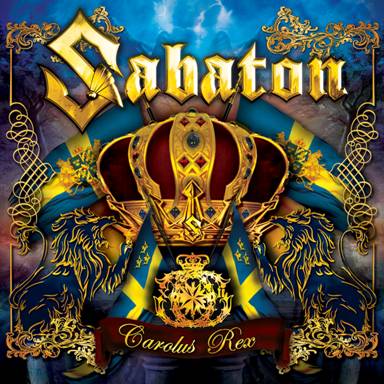 01. Dominium Maris Baltici [“The Dominion Of The Baltic Sea”]

02. Lejonet Från Norden [“The Lion From The Nordic Countries”]