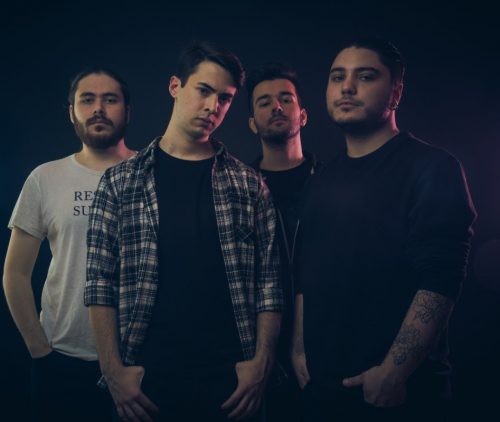 Turkish heavy metallers Sails of Serenity have recently signed to Famined Records and have today released the music video for their song “Left Behind.”

“Left Behind” comes from the band’s upcoming album The Crossing which is due out August 17.

The song features vocals from Başer Çelebi of Furtherial.

Sails of Serenity had this to say about “Left Behind” and signing to Famined Records:

“Inspired by Captain Ahab’s story from Moby Dick, ‘Left Behind’ tells us about a man, estranged to himself by his convictions; a man left behind in a sense. This is symbolized in the music video as a man left alone in an island. Being a part of the Famined Records family is a new and exciting step for us. With ‘Left Behind’ and our upcoming album The Crossing, we believe that we will achieve our main goal to make our music heard by people all around the world.”

The Crossing was mixed and mastered by Gabor Toth (Harmed) at Ghostship Recordings (Beyond Deviation, Swallowed Alive, Bloodbather) and the opening piece on the album will include orchestration by Eren Başbuğ (Dream Theater).

Check out the video for “Left Behind” here.

More On: Metalcore, Video, Sails of Serenity,
share on: