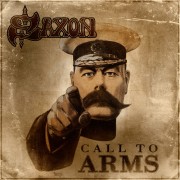 “Great news! We have a release date for North America & Canada. It will be the 27th of September distributed by EMI. American tour dates to follow soon.”