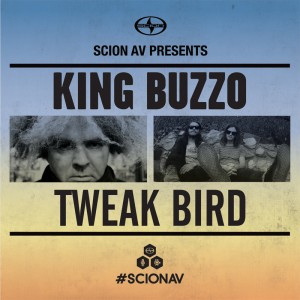 Osborne, the legendary Melvins‘ front man, played his debut solo, acoustic show at Scion AV’s February Rock Show and will also perform this Saturday at Scion AV’s annual Scion Rock Fest. The 2014 installment of Scion Rock Fest features twenty-six of the biggest names in hard rock and metal including Machine Head, High on Fire, Red Fang and Orchid. The festival, which has been held in Atlanta, Columbus, Tampa and Memphis, returns to Southern California with four stages spread across The Glasshouse and The Fox Theatre in Pomona, Calif.

The Scion Rock Show, a free monthly concert series at The Satellite in Los Angeles, debuted last summer. The monthly outings offers music fans the chance to see both the next wave of bands in hard rock and metal as well as the rare opportunity to see more established artists in an intimate setting. Past participants include Weedeater, ASG, Fu Manchu and Indian Handcrafts. A limited edition 7-inch featuring music from past performers is available at each installment of the Scion Rock Show.