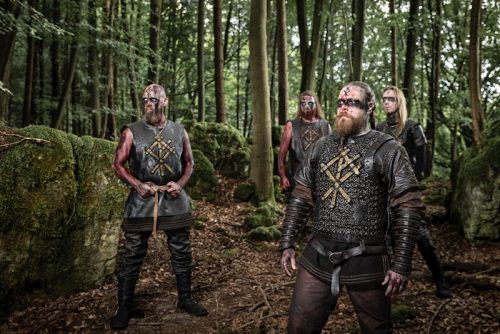 Varg wonder if they should have gone glamping when they quickly run out of Oreos and Ale.

September is seeping with molten metallic sensory overload and we are here today to break down some of our top records of the month to check out. This is not a fully comprehensive list, as there is a lot of cool stuff on the imminent horizon. This is, however, some of the stuff I have been bumping the most this past week that I think is rad.

Check out my top picks nearing release BELOW.

1. Zeichen is ten tracks of melodic death infused Germanic pagan bloody delight from veterans VARG! When I showed my girlfriend a bloody speckled face in the video for the title track she was so startled she dropped a box of crackers. Never say that metal cannot still shock!

In addition to the ten new tracks, the mediabook contains a bonus CD featuring alternative versions of each song the band recorded with renowned guest musicians from Eluveitie, Nachtblut and Equilibrium among others. Looking at the final opus, it’s not surprising why VARG took four years after the publication of Das Ende Aller Lügen (which hit number 17 on the German charts) to regather their forces, and today, Zeichen shows that Freki, Fenrier, Morkai and Garm consciously took their time to realign their inner compass and are not afraid of musical and intellectual freedom.

‘Schidwall’ is an emblematic and battle ready charge of ferocious proportions that could appeal to At the Gates, Amon Amarth or of course Varg fans in equal measure. “Wanderer” is another battle ready standout but the real biggest  highlight is the vast in scope title track’s statement of purpose and grim resolve. September 18th enter a bold new chapter with this respected group of powerful songwriters and metal warriors. 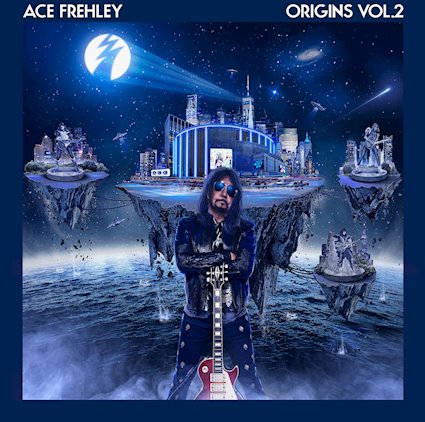 2. Also September 18th the true Spaceman, Ace Frehley returns with Origins, Vol. 2. Lita Ford steals the show with a rollicking Ace team up on ‘Jumpin’ Jack Flash’, whereas other guests like Bruce Kulick and Robin Zander also shine alongside the infectious, enthusiastic energy Frehley whips up. John 5 is even on two songs, including this rowdy Beatles cover of “I’m Down.” 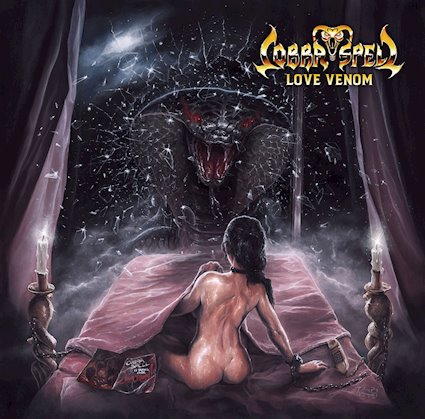 3. Heavy metal newcomers COBRA SPELL — featuring current and former members of Idle Hands, Burning Witches, Spellcaster and others — are proud to announce their debut EP Love Venom, due out Sept. 4 via an independent release. I don’t think they will stay label free for long! This is a very highly anticipated new band from the popular up and coming young guitarist Sonia Anubis along with Ex-Spellcaster member, the theatrical Sebastian “Spyder” Silva! The band’s lineup is rounded out by Alexx Panza (HITTEN, JACK’S STARR’S BURNING STARR) on soaring and snarky vocals, Angelina Vehera on arena ready bass and Mike “Lucas” Verhof on drums. They also got an Alice Cooper thumbs up.

This band has a ton of potential and a lot of enthusiasm, so we are very thrilled they have properly ‘arrived’ and are doing their thing. The EP is solid enough but short enough to get you right there but leave you wanting more. 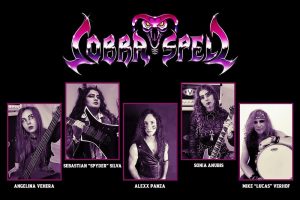 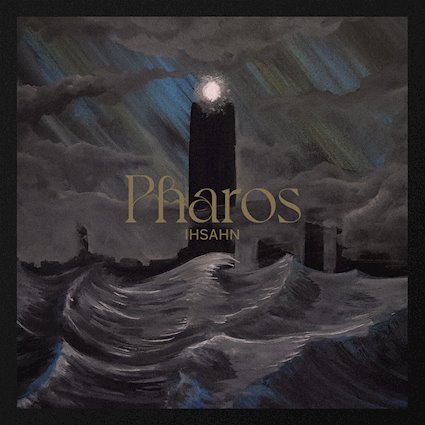 4. Ihsahn is never predictable, but the Candlelight/Spinefarm backed companion EP to the recent Telemark is a particular thrill for fans of his more peaceful side. September 11th is the release date for Pharos, perfect for a somber day of reflection on the human condition.

“‘Pharos’is musically and conceptually like a reverse image of ‘Telemark’, IHSAHN explains of the earlier of the two companion releases. “Where ‘Telemark’was all about the familiar and the close-to-home, ‘Pharos’take a distant perspective and a more exploratory mindset.”

From a moving, relatively faithful and surprising rendition of Portishead classic “Roads” to the prog and pop informed originals on here, you will find a lot to value within a short presentation.

What are you excited for this month?