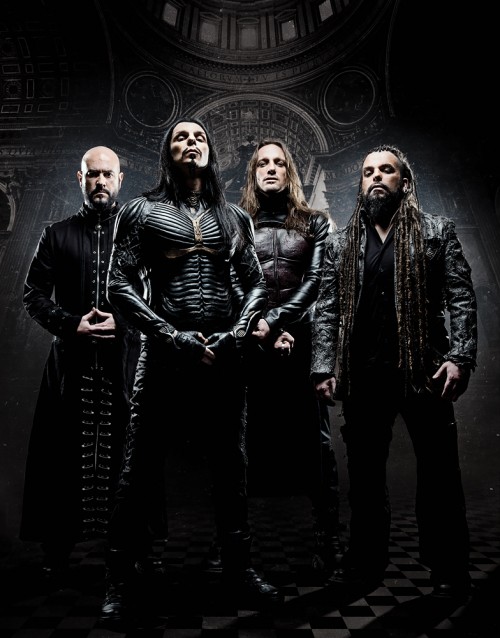 Greek metal masters SEPTICFLESH have unveiled a second behind-the-scenes look at the making of their upcoming Prosthetic debut Titan, which will be released in North America on June 24. In this episode, follow drummer Fotis Benardo during his tracking session.

You can also view the previous episode, featuring the band’s collaboration with the Prague Philharmonic Orchestra and a full children’s choir, HERE.

As previously reported, Titan will consist of 10 songs that were recorded once again at Devasoundz Studios in Athens, Greece and in the Czech Republic with the collaboration of the Prague Philharmonic Orchestra and Choir. From there, the album was mixed and mastered in Los Angeles by acclaimed producer Logan Mader (Gojira, Fear Factory, Cavalera Conspiracy). More information on the album will be revealed in the coming weeks.

SEPTICFLESH has earned extensive international praise for their eight albums to date, as well as their performances on tour alongside the likes of Cradle of Filth, Amon Amarth, Gorgoroth, Satyricon and Children of Bodom.

To watch the new behind the scenes video click HERE.