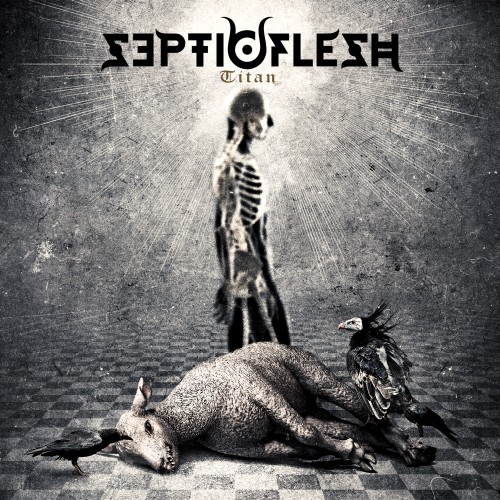 The masters Septicflesh have unveiled the bombastic “Order of Dracul” track, our first taste of anticipated The Great Mass follow up Titan (the band’s first for Prosthetic Records).

In addition to the new music, they  have also revealed the striking cover artwork for Titan,  completed by vocalist/bassist Seth Siro Anton (as featured above). The album is scheduled for release in North America on June 24 and is currently available for pre-order HERE.

The band says, “‘Order of Dracul’ is the first taste of the new album. It is a bombastic song with colorful classical orchestration. The title refers to Vlad Tepes, the notorious prince of Wallachia.”

Click HERE to enter the dark world of “Dracul”