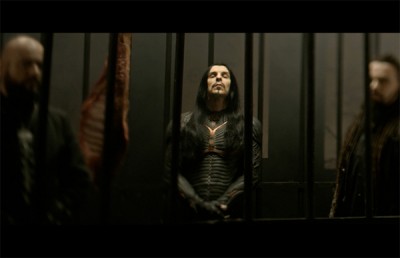 SEPTICFLESH are ready to ignite audiences worldwide with the premiere of their gruesome and vehement music video for “Prometheus,” taken from their critically acclaimed 2014 opus “Titan.” The band announced the debut as “the second video clip since our formation (the first being ‘The Eldest Cosmonaut” from the album “A Fallen Temple’). The storyline revolves around the theme of transformation and crossing the thin line between predator and prey. It is something that literally brings food for thought. Provoking, disturbing, resisting, surviving the ordeal…”

Directed and produced by Jon Simvonis (jonsimvonis.net) — who added “It’s been a pleasure working with the almighty SEPTICFLESH, visualizing a massive song from their latest album, an album which works on so many different levels. Bon Appetit!” — “Prometheus” is being served exclusively via Bloody-Disgusting.com as well as streaming directly via YouTube