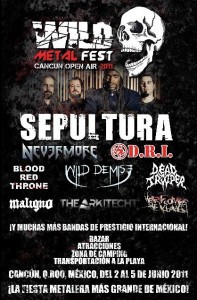 Sepultura’s previous Album “A-Lex” was their eleventh studio album and was released January 2009 by Steamhammer Records. Their new album will be released on Nuclear Blast.