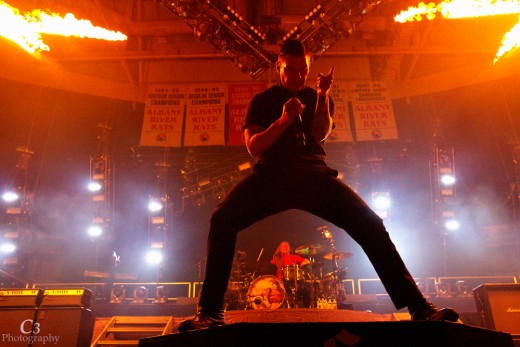 After Sevendust and Breaking Benjamin performed and rocked the house, the curtain concealing Shinedown was pulled down, and it was nothing but a kick ass rock show from then on. What shocked and surprised me were the paraphernalia of special stage effects Shinedown had in store. After explosions went off, I remember the singer Brent saying, “It’s cold up here, but don’t worry, we brought fire.” 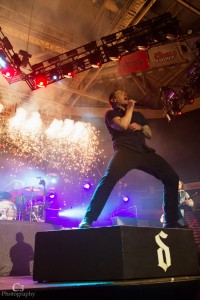 For their song If You Only Knew, Brent insisted that we should get to know one another and shake hands. He told everyone to turn to their left and shake the hand of the person that’s next to them. To my left was a photographer I had met in Connecticut at Mayhem festival and I was preparing myself to shake his hand when Brent came down and shook my hand first! I had a giddish fan girl moment, I must admit. I guess it pays off being right smack dab in the middle of the photo pit. He then told the guys to grab their girl, for the ladies to grab their girl, and that this song goes out to all the lovers, throwing roses out to the audience at the end of the song.
For their song Diamond eyes, Brent told the audience that they need to pick it up and he got in the crowd and made everyone bounce on 1, 2, 3, go! Brent said, “show how many stars are in Albany tonight!” and they played State Of My Head off their new album Threat to Survival and had everyone take out their cell phones and lighters.
At the end of Shinedown’s set, Brent had mentioned we were the loudest audience on entire tour so far and kicked if off with more explosions and fire. It was most definitely the best rock show I’ve ever been to in a long, long time. On anyone’s concert to go list, Shinedown should be on the top of your list.
more shots from the night… 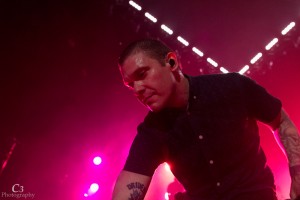 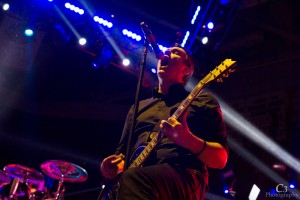 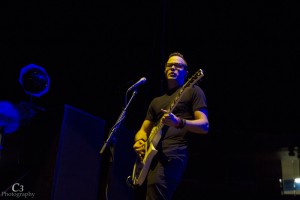 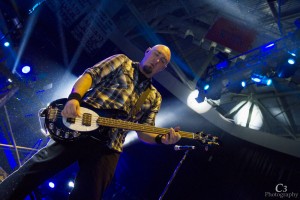 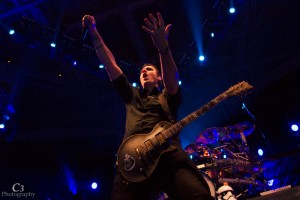 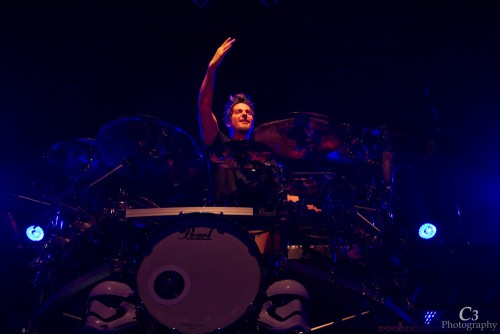 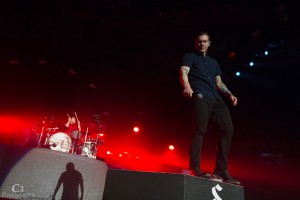