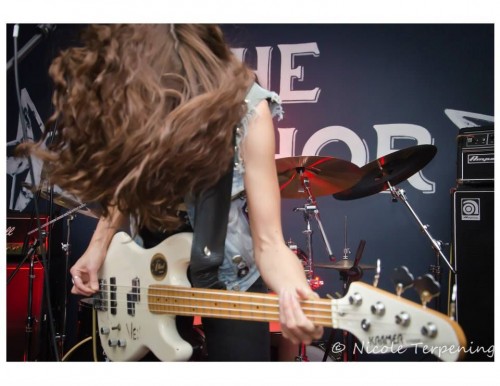 Castle are tearing across the USA as we speak, bringing their San Fran with a Canadian twist blend of power doom boogie to metal heads far and wide. 13 dates are left on the tour (remaining dates after the jump, so hang tight).

The night before their Saint Vitus NYC stop the Prosthetic Records artists touched down in my town of Kingston, NY. Under Siege, their latest Billy Anderson produced burner, is in my top 5 records for hard rock/metal this year, thus far.C’mon, baby…let it light your ear candles.

My dear friend Nicole Ann Marie Terpening, who I haven’t covered a show with probably since around when Thursday were in Full Collapse mode, shot some pics for us during the band’s too brief set.

Castle’s mega Mojo blew up the P.A. , usually never a problem in the humble but awesome venue. The regular sound guy was working a tv gig, from what I hear. I thought it was Real Housewives of Beverly Hills but I think it is an Atlanta hip hop love show because I heard the phrase “ratchet ass bitches” bandied about by a friend. The guy who filled in meant well but didn’t anticipate the might of some of Castle’s bass rig juice output. Kaboom! It shouldn’t be a mark too dark on the club, though.  It’s a great place for touring bands to stop between NYC and Albany, though this was obviously a drag. The venue really cares a lot about the bands that come through and treats bands well.

Castle handled it well and fans were cool, too. Everyone felt bad for the band, but hung out and a friend of mine got a great copy of the new vinyl, with cover art from Denis Forkas. Shame, (along with Screaming Females) Castle are big proof the power trio is often still the best band format for rock n roll.

I was lucky to briefly open the show singing on a fast piano and vocal set of “Black Crayon” by Dax Riggs and “Karma Police” by Radiohead, collaborating with mega talented Kelly McNally of indie/folk Upstate, NY band The Virginia Wolves. We had bad days and so it was nice to sing sad songs and make other people want to kill themselves. We joked that we would do a gypsy tour and you could tell where we went from which towns on the map had all the lights out the next day.

Dead Witch Walks from New Paltz, NY, featuring towering guitarist Mucus Barfbag, did an improv two man set of gnarled death thrash with avant garde chaos noise. It was metal as heck. Was fun to talk with Mucus and Castle about the band Demon Lung, travel in the United States compared to Europe and other chit chat. Chaos came next, a younger band I didn’t know, booked by Tainted Entertainment. They were a great hybrid of early Megadeth snarl and bluesy thrash with feel, but a raw garage primal fight to it. Of all the bands, Only Castle’s set was vocally ill fated due to sound issues. Since they are like Mercyful Fate playing as a trio like Motorhead at half tempo witj great Sabbathy vocals sung by a woman, this was a real shame. Got to hear them play a whirling rendition of  “Corpse Candles” and that’s about it.

Kind of like getting ice water thrown on your dick, but still an awesome night! Mucus apparently got married accidentally over the phone, but officially, somehow with a girl in Vegas later that night. I didn’t think you were that drunk, bro!

Click HERE for the photo set and tour dates… 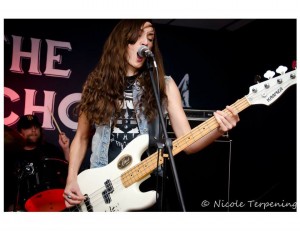 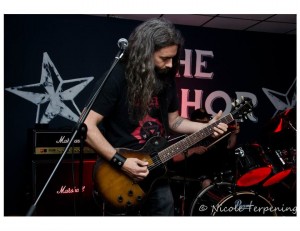 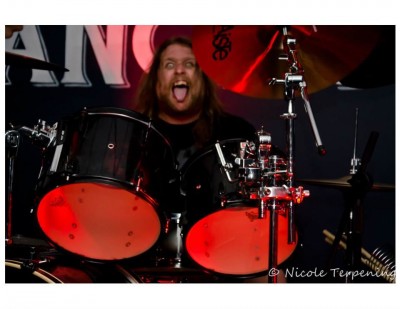 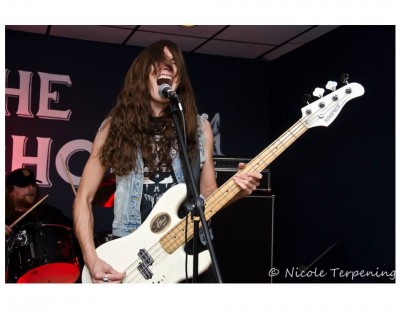 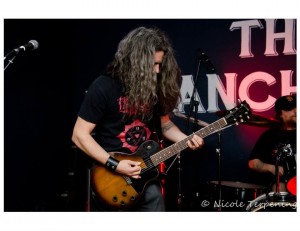 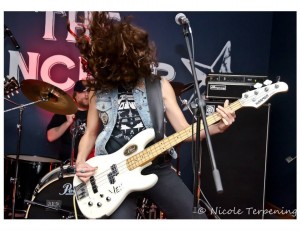 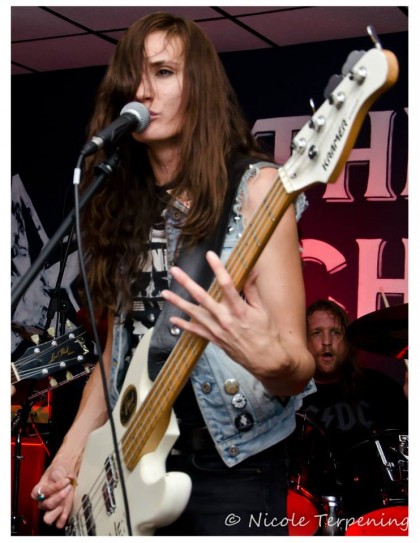