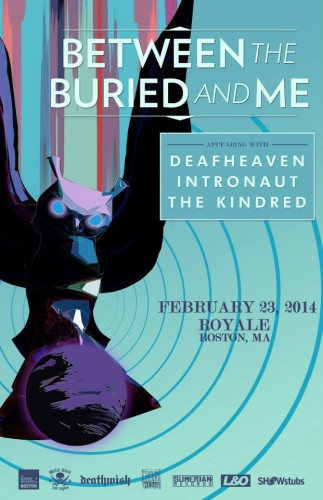 Before we get to the goods, linked here is a Spotify playlist of all the songs preformed for your vicarious listening pleasure. You’re welcome. 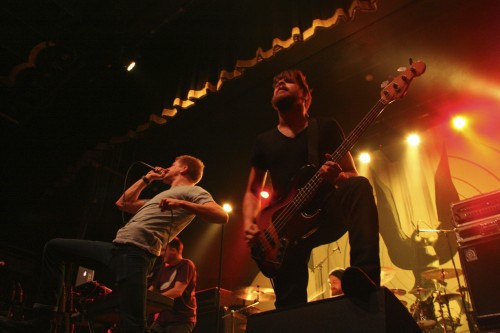 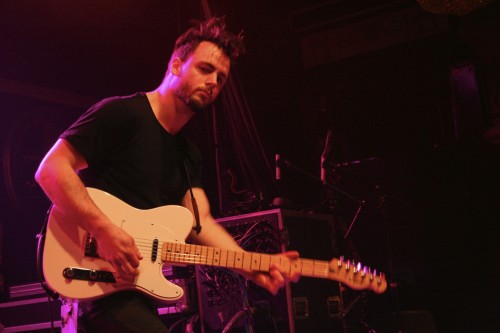 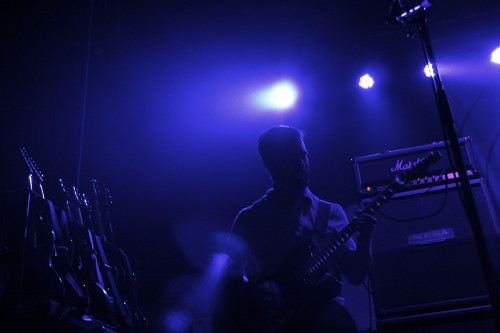 The Kindred opened up the night, playing from their full-length Life in Lucidity. One of our editors, longhairedpoet, put it this way: “…this kind of progressive, melodic sound without the cut-and-paste, air-brushed aspect, is hard to come by. The sound on this album is powerful. I love the way in which The Kindred have melded metallic-operatic vocal-stylings with such exact instrumentation.” I feel that still carries validity into their live performance, although sometimes their pianist was a little tough to hear. Singer Dave Jorneaux’s voice really comes out on stage. Again, poet perfectly describes his voice as a yawp from the NWOBHM days. His is an expressive and charismatic style, flowing free and uninhibited. Once they overcame some technical difficulties, they put on a great show and set a very expansive tone to the night to come. 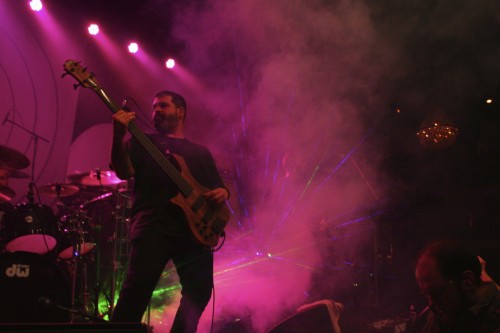 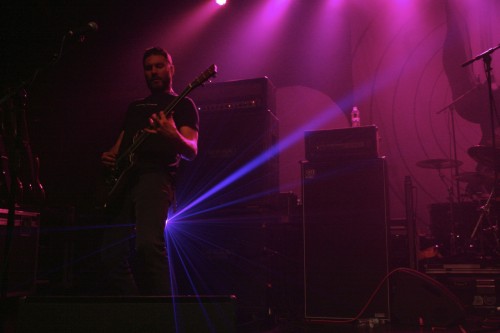 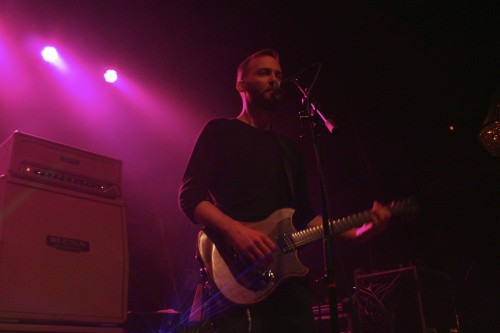 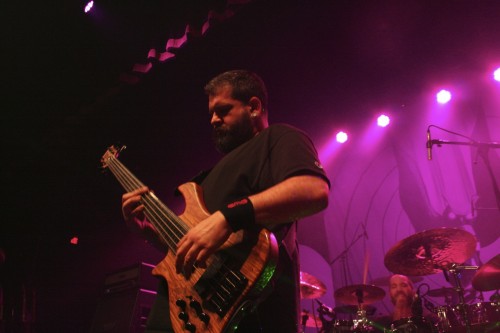 I have seen Intronaut running the tour gamut for some time now and finally had the chance to experience them live. They paint a very thick picture to a bass-centric progressive soundtrack. Like one of those little round pegs, they fit his bill perfectly. Their stage was accented by lasers and fog machines, which always evokes a bit of mystery. Intronaut have a few more releases to draw from, but the bulk was from their ‘013 release Habitual Levitations on Century Media. Much like their name suggests, this performance really resonated on an internal level. I felt like I was turned inward, letting the music explore my memories and wash upon the shores of loss, abandonment, and confusion. They definitely remind me that music has feelings and those feelings can produce a very emotional response. Intronaut was an absolute pleasure to watch. 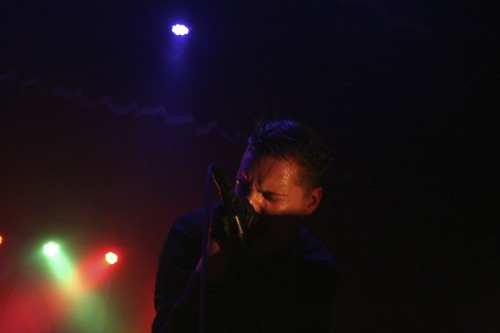 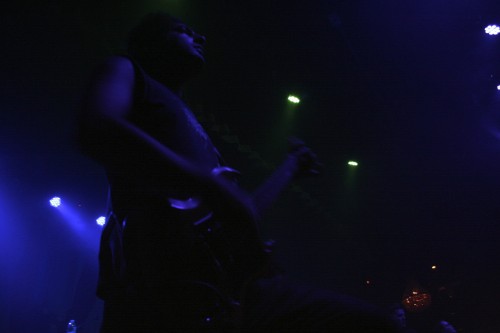 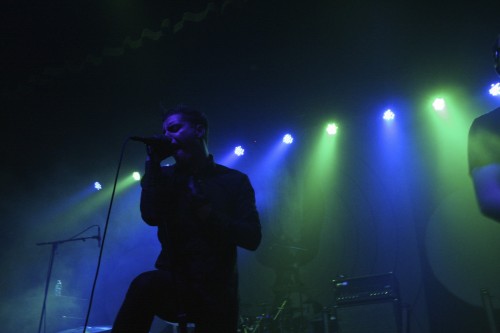 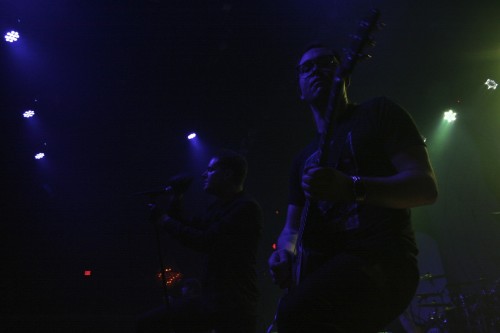 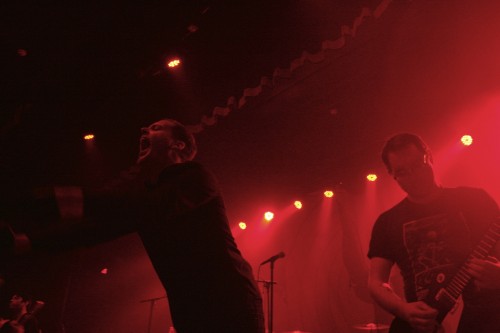 Holy fuck. Holy fuck. Holy fuck. Deafheaven rounded out my ‘013 as one of the most obsessively listened to bands of the year in just the last glimmering weeks of December. These San Francisco natives really give their everything during the performance. Although their set was only four songs, all the songs clocked in around ten minutes. Kinda reminded me of a Tool show: long songs jammed out longer to make you insatiably want more. Great tactic, because it works. Deafheaven is still on the frontal lobes of my brain and deep in my earbuds. The memorability of their set will always be strong. Listening and seeing their set felt like a peak experience. I knew I was in the right place with an outrageous singer bawling over this massive wall of sound band, just inches from my awestruck face. Unbelievable. Seriously, listen to this band. 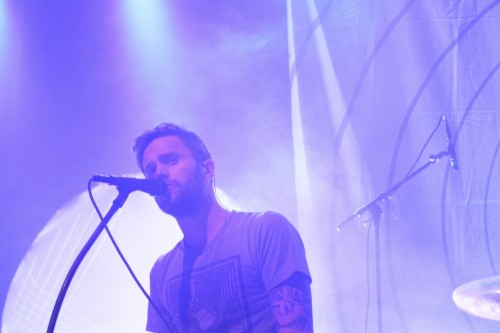 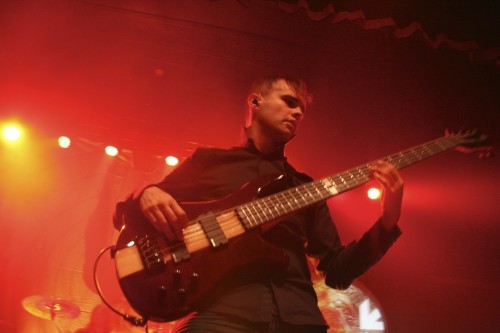 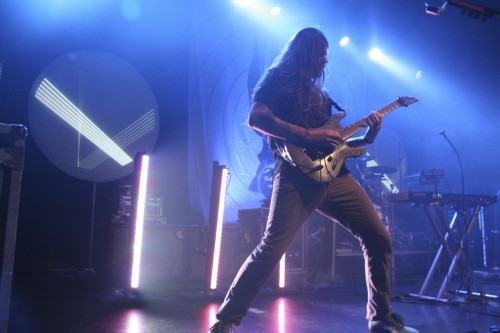 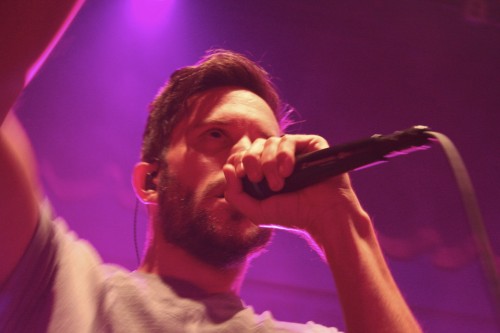 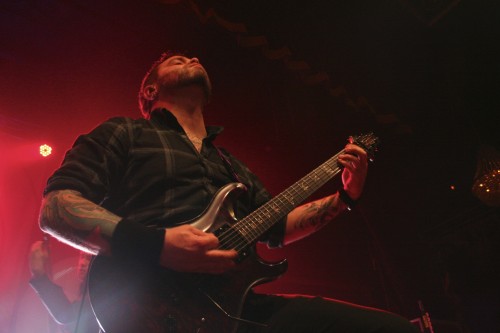 What can I say? Between the Buried and Me are fucking pros. They came out, packed the venue, and gave everyone a well-polished show. By far the most seasoned of all the band, I hope the fledgelings were able to learn something from their host. That interests me, learning and growing from your touring professional peers. I’ll definitely be taking that thought to interviews this year. BTBAM opened with the “Foam Born (A) the Backtrack (B) the Decade of Statues.” Absolutely perfect. Last I saw them was on The Great Misdirect cycle, where they opened with “Mirrors.” A great start, but Colors cannot be fucked with. They closed with another from that album, a crowd frenzying “Ants of the Sky.” The rest was heavy on The Parallax II: Future Sequence. “Lay Your Ghosts to Rest” was tits! Strangely, nothing from the previous Parallax. With the newest material, the crowd really stuck with the set. I notice a lot of attention waning when a very well established band after a band goes from the back catalog to the new. This was not the case. People were still singing themselves silly and raging all over the sold out floor. Good on you and your dedicated fans.