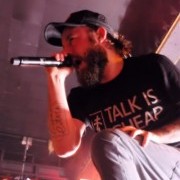 Neither snow nor rain nor cold nor gloom of night stays this metalhead from the listening of sweet, sweet shredding of this mighty lineup. This Midwest winter has been a paltry one but on this night, the opening night of the In Flames 2012 North American tour, the Swedes brought the first real winter storm of the season. Coincidence? I think not. It was a sign and I wasn’t going to let bitter wind and a few inches of snow keep me from getting to this show.

Check to see if it was worth the risk right here. (and there’s pictures!)

And In Flames wasn’t alone, the Godfather’s of melodic death metal (the Gothenburg sound) brought Kyng, Veil of Maya, and Trivium to the party. Usually, I’m not much for opening bands but tonight it was a great warm-up. The L.A. trio, Kyng, were a solid opener with their own style of classic 70’s metal fused with Soundgarden, The Sword, and Corrosion of Conformity for good measure. I’m a big fan.

Veil of Maya were up next and these guys are frickin’ nuts. I was intrigued as to how such a technical and thrashy metalcore sound could be executed live. Now I know. The energy that they brought forth to and from the crowd was a perfect precursor for what was about to come.

I’ve never been much of a Trivium fan but after seeing them live I think I might be coming around. They were all business but with energy, passion, and the grim determination to kick some metal ass. These guys were all over the stage, shouting and pointing out to the crowd, and caused a nice little circle pit.

Then came the moment we all were waiting for. It had been a few years since their last visit to Milwaukee and for them to open the tour here was a blessed gift. In Flames started the show with the first three tracks from their latest release, Sounds of a Playground Fading, with unrelenting fury. I have a love/hate relationship with Milwaukee’s The Rave as the sound is usually off but for once (and at the last In Flames show) the sound was actually balanced and without technical issues.

While the opening songs were a great start, you could tell the crowd was waiting for a classic tune and we got it in the form of “Trigger” from 2002’s Reroute to Remain. In Flames covered a good chunk of their 18 year career, even playing songs from the classic albums Whoracle and Clayman. Those of us that were looking for a wider assortment of classics (Zombie Inc, Episode 666)  were unfortunately left wanting.

One of the highlights of the evening was watching a man in a wheelchair get body(chair)passed up and over the front barricade. I met him a few songs later in the circle pit, crashing and shoving his way through the hoard of fans. This is the type of metal attitude bands such as In Flames can instill. One of the greatest moments though came during closing song, “Take This Life”, when Anders (fully bearded and minus his signature dreadlocks) stopped singing for a few measures because the crowd had the vocals in lockdown.

If you’ve seen In Flames before, I highly recommend you see them again. They still create a memorable show and this time they brought some kick-ass friends. If you haven’t seen them before (or any of the other bands), check out the tour dates and get your ass there. And no excuses! If I can brave rush-hour traffic during a winter storm, you sure as hell can too. 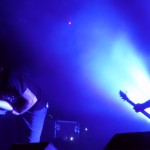 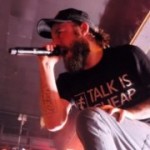 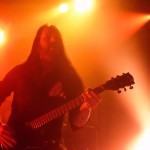 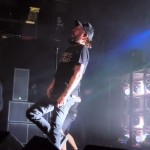 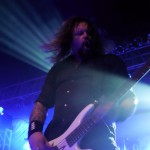 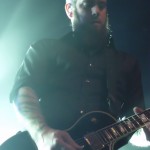 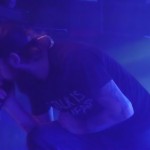 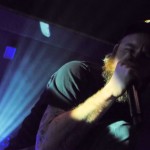 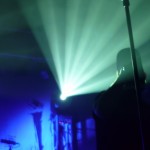 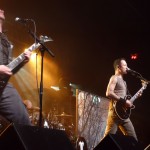 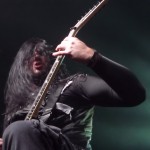 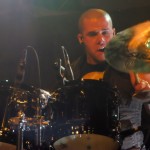 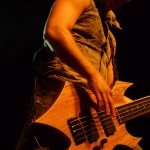 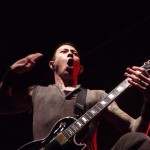 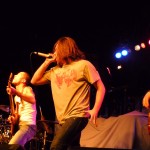 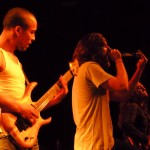 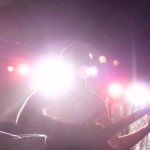 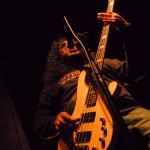 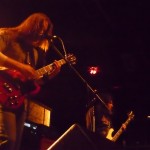 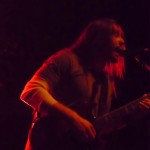