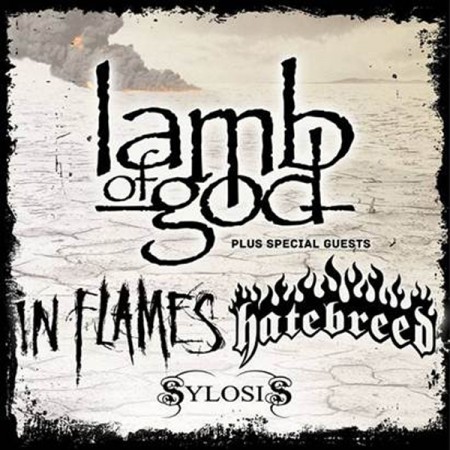 Lamb of God returned to Manhattan this past Friday with special guests, In Flames, Sylosis, and – appearing only on the first two dates of the tour – Hatebreed (Hell Yeah replaces Hatebreed for the remainder of the tour.) This would actually have been Lamb of God’s second NYC show, but, due to singer Randy Blythe’s incarceration earlier this year in Prague, their first tour with Dethklok and Gojira, as well as the Mayhem Cruise, which they had been set to headline, was canceled.

Metalheads everywhere were eager for the chance to see Blythe back onstage where he belongs, and on November 16th 2012, it all went down at The Big Apple’s infamous Roseland Ballroom. 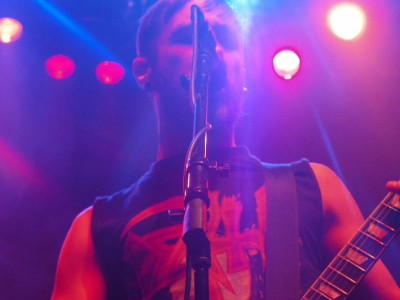 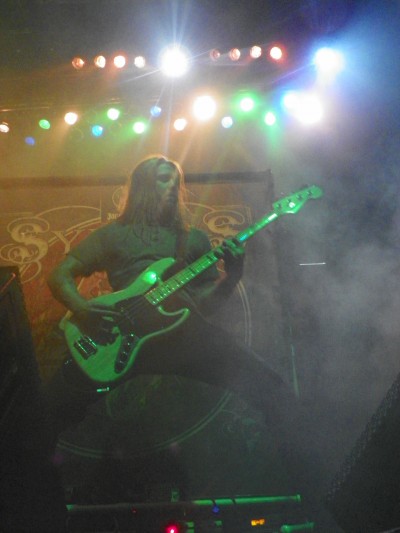 Sylosis provided an explosive opening to the show with killer riffs, blazing drums and monstrous vocals. I was blown away by front and leadman Josh Middleton’s precision. The pit blew up the second they hit the stage; a sea of circling bodies as the band ripped through their set. Sylosis, not as high profile in the NYC area as their counterparts, made a hell of a first impression upon the attendees. Sylosis ended their short but sweet set with the single, “Empyreal,” off their 2011 album “Edge of the Earth.” It was the perfect finale. This band definitely has a bright future ahead of them. 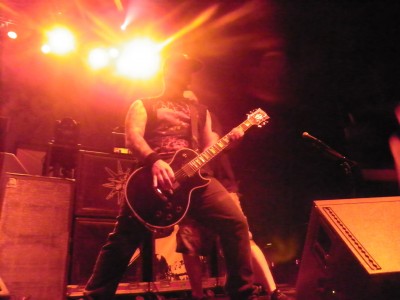 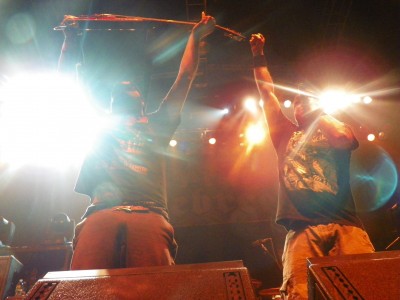 As the techs made quick work of the breakdown and setup, the opening bars of “America Fuck Yeah” filled the venue. Before we even knew what had hit us, Hatebreed hit the ground running, and they never lost momentum. Each member exuded tons of energy, and the crowd responded tenfold. Pits broke out everywhere; it was mass pandemonium. Fans took to the skies to scream in the face of pipeman Jamey Jasta. Hatebreed stuck to crowd favorites and pit anthems; the floor trembled as everyone jumped along to the music. Jasta took the time to shout out Randy Blythe between songs on his return back home and to his band. The smell of blood and sweat filled the air as Hatebreed closed their set with “Destroy Everything.” Before Hatebreed left the stage, they took a crowd picture and had us countdown “1, 2, 3, TITTIES!” The chant filled the venue as the band cleared the stage to make way for In Flames. 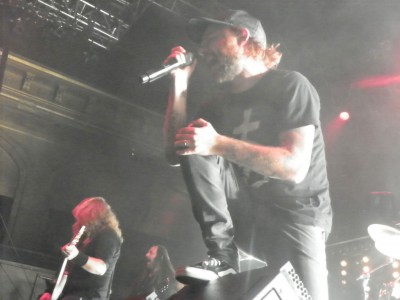 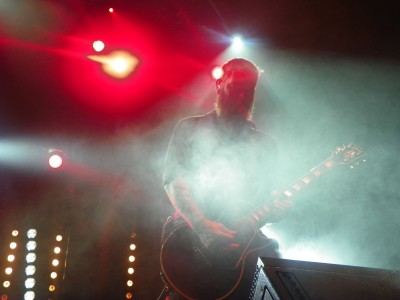 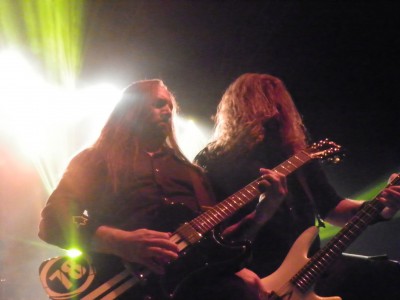 Still trying to recuperate from the onslaught that was Hatebreed, we were hit with another dose of groovy brutality. “I want to smell you,” and “Let’s make the guys with ‘staff’ on their shirts work!” were some of the things that frontman Anders Fridén proclaimed, and the fans listened. The guys and girls in the pit were still fighting hard, while the rest of the crowd swayed to the groove. In Flames took us back in time with songs like “Embody the Invisible,” and brought us back to the present with “Deliver Us.” Fridén wished all of New York well in the aftermath of Hurricane Sandy. The timing of their set initially threw me off a bit, but they actually gave the crowd a much-needed calm before the storm (figuratively speaking, of course.)

Jose Mangin of Sirius XM’s Liquid Metal brought his staff onstage to pump us up for the headliners. “Lamb of God!” chants fill the air, and with the anticipation of Randy Blythe back in Gotham imminent, the crowd and I were more than ready to welcome him back with open arms. The intro of buildings crashing and loud rumbles shook the venue as Lamb of God stormed the staged, but as soon as Blythe appeared, all hell broke loose. Pits and flying bodies were everywhere as the opening bars of “Desolation,” off LOG’s latest effort, “Resolution” filled the venue. 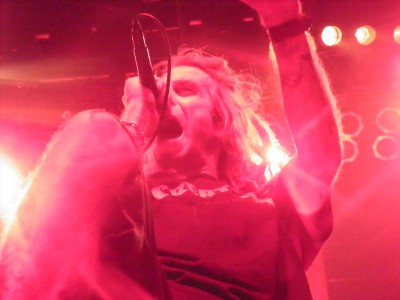 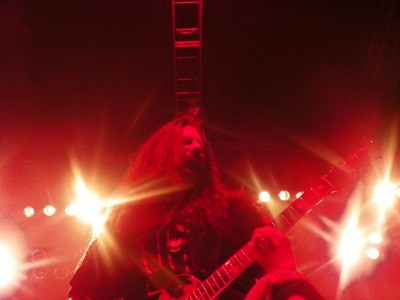 For his part, Blythe looked well and performed like he had never stopped. Chris Adler is a drumming machine, Willie Adler’s epic shreddage hyped the crowd, and percussion section John Campbell and Mark Morton’s beards have never looked so epic. Midway during their set, LOG took the time to thank all of the servicemen and women as a picture slideshow of members of the U.S. military played on the monitors. “Some in these pictures are with us, and some are not,” Blythe averred somberly. He then dedicated the song “Now You Got Something to Die For” to those images. The intensity had reached maximum levels and was showing no signs of winding down as LOG tore through their set. They closed the show with “Black Label,” and I got a chance to get into their legendary “Wall of Death”.

This has been one of the best shows I’ve ever had the opportunity to attend, and if you know someone who hasn’t seen Lamb of God live, get him or her a ticket right away; they’ll have the best time of their lives.