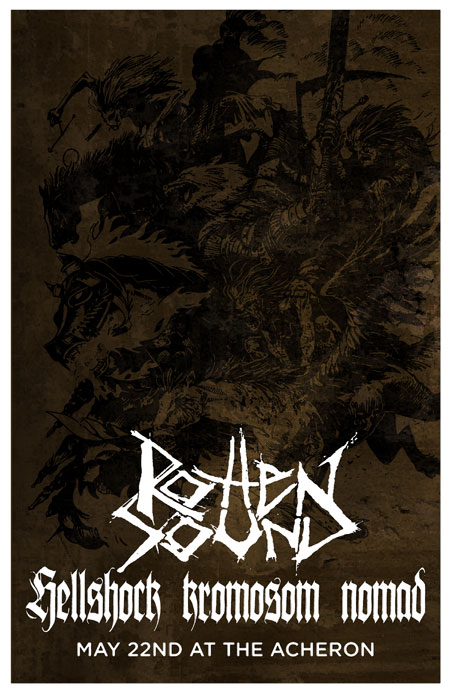 In Dante’s Inferno, Hell is bordered by the Acheron river. Souls were ferried across this river to their eternal torture. That night in Brooklyn, Hell could have easily opened up beneath us. The shadows twisted and the lights burned dim as each of the opening bands grinded out their menacing set. With overwhelming cheer, Rotten Sound took the stage, celebrating twenty years as a band this tour. Before the room erupted, I had a chance to sit down with bassist Kristian Toivainen for a one on one. Check that interview out here.

For a full breakdown of the show, click here. 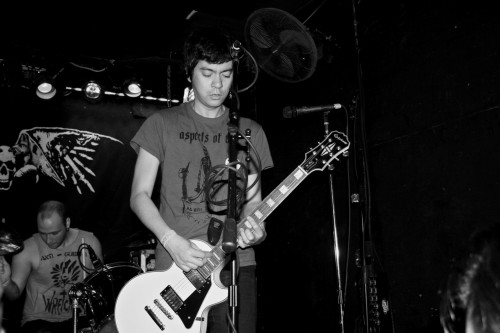 Our opening band, Nomad, was really fucking loud. It was awesome, I could actually feel the sound shaking my core. Their set was maybe a three song medley, but these young New York natives really cranked out a good starting point for the night’s decimation. 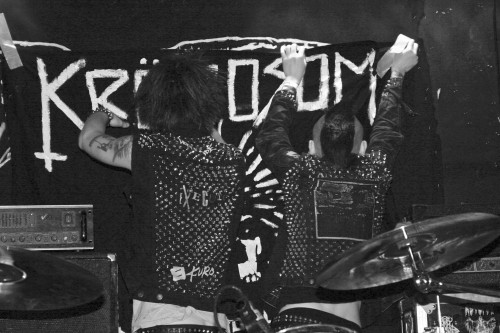 Kromosom followed and things got fucking nuts. Their singer was all over the place, flailing into the crowd as he pushed the requirements for minimum amount of people needed to crowd surf. This guy would not give up, even as he is being pulled back by the house stage hands. And by pulled back I mean pulled back from his microphone cord fifteen feet away. Edifices of the decadent British punk of the eighties, these Aussies were all leathered up with their spikes and decaying battle vests and their knock around combat boot bullshit. They had some fans out in the crowd rocking the same desperate punk gear. Definitely an entertaining spectacle, as I was loathing them just as much as wanting to join them. Kromosom is a tough act to follow. Go. Fucking. See. Them. Live. 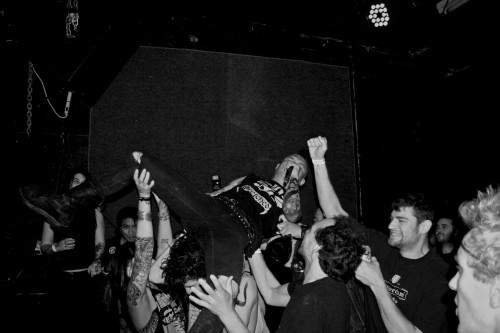 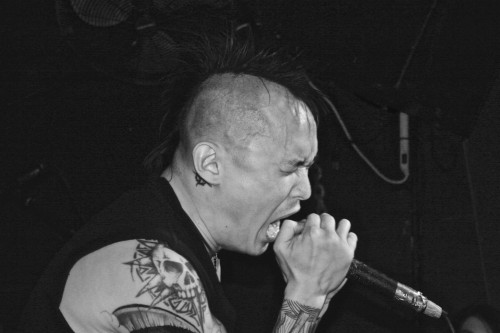 Well, after that shit show, Hellshock had a tough time on stage. As he took his performance onto the floor, the singer tried to incite the crowd into a pit. It was a weak attempt and he was more just walking about, halfway knocking into a few interested people. There were still a few of the go getting punkers still around to oblige him. So once again, the center of the floor is flooded with a chaotic sea of ripped black denim and studded leather. Glory be. 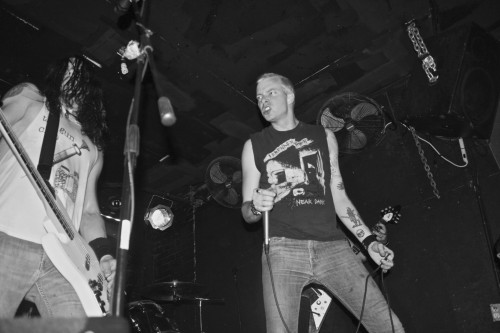 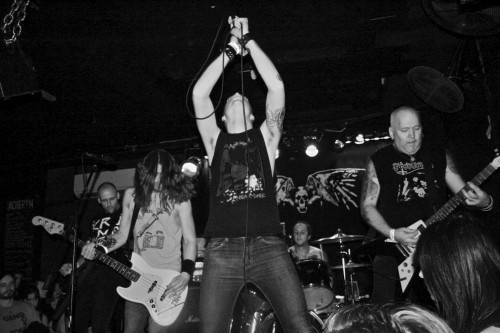 Rotten Sound wasted no time once on stage. they made a few adjustments and off they slayed. Song after punishing song, the crowd begged for more and more ferocity. The majority of Rotten Sound’s songs clock in at two minutes, more or less. Singer Keijo Niinimaa said “When we rehearse with Sami [Latva, drums], he just drums us into the next song. There’s no need to stop every minute.” So during the show, they would play four song sets and then break for a breath. Or a drink. Someone passed an iced vodka to a parched Keijo while onstage. Their set was only about twenty five minutes, yet they crushed out twenty brutally executed songs. 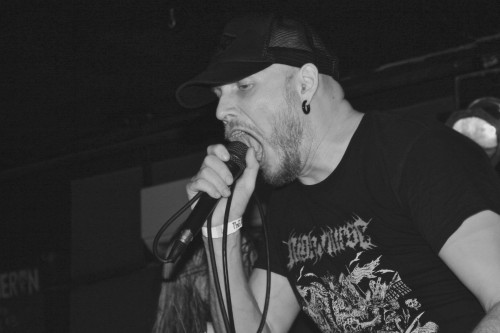 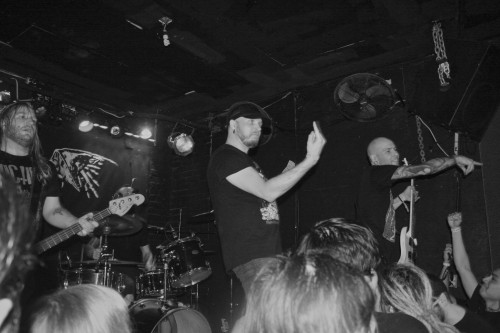 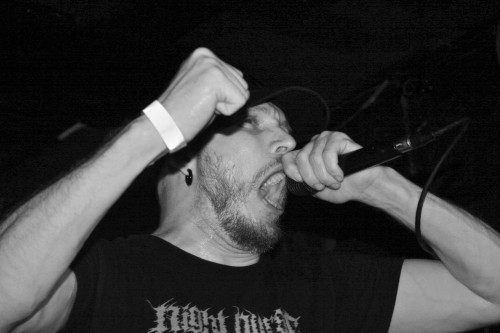 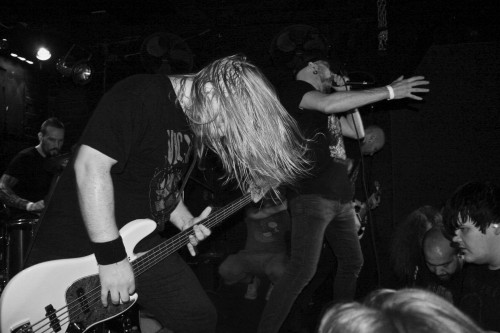 I’m a little disappointed in myself I haven’t found these guys before. I’m new to this “grind” party and all I can say is this is fucking metal. Devastatingly heavy, ridiculously fast, and sonically violent, Rotten Sound are bearing the grindcore torch not only for me, but for the whole genre. To me, they are what I measure all others to. Pig Destroyer too. Damn. Both of those were simultaneously dropped on me. So as I ground my way around the crowd, I got everything I could have wanted from this exploration. My body was shaken and my mind was blown. I was even able to pick out a couple from their newest release on Relapse, Species At War and its full-length predecessor, Curses. I believe this evening was a turning point for my musical palate and I like the taste of fresh blood.