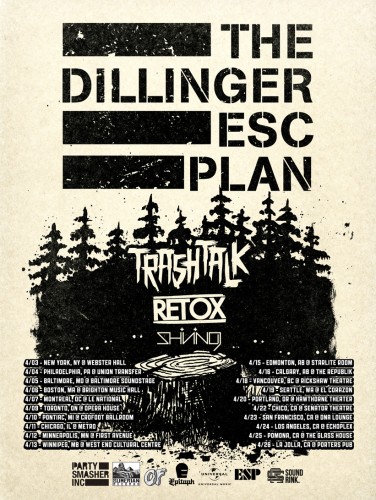 This was an interesting line up. New York City’s Webster Hall hosted “blackjazz” Norwegians Shining, Retox and Trash Talk both representing visceral Cali punk and hardcore, and The Dillinger Escape Plan to finish the night’s uncompromising variety. I also found all the singers to be exuding some serious libido. Each vocalist crooned to swoon like it was his last night to bang.  Not many shows have had such pretty dudes fronting the bands on stage either. Great night to be a girl in the crowd. I hope someone got some D, it was definitely out there.

With Dillinger headlining, you could easily guess the stage was set to absolutely demolish the fourth wall, as many of the bands took advantage of the speakers stacked for stage dives into the crowd and extra long cables for the singers to wander into the pit for a stroll. 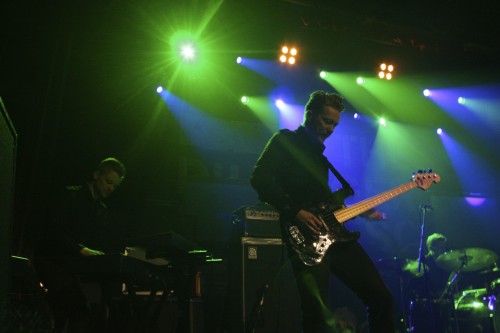 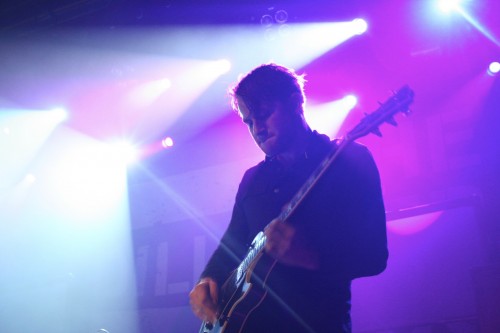 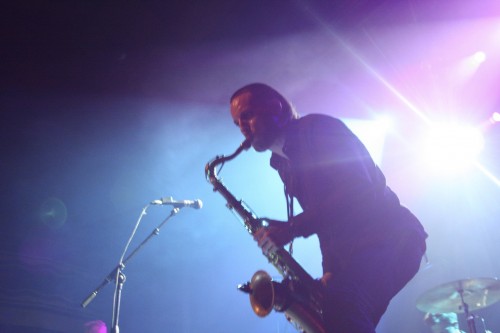 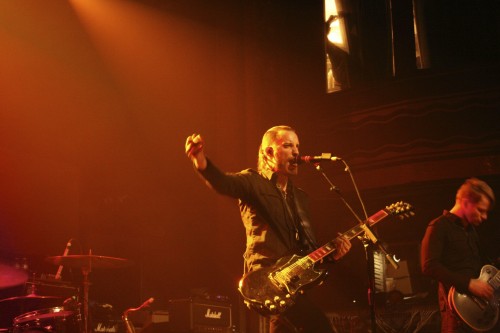 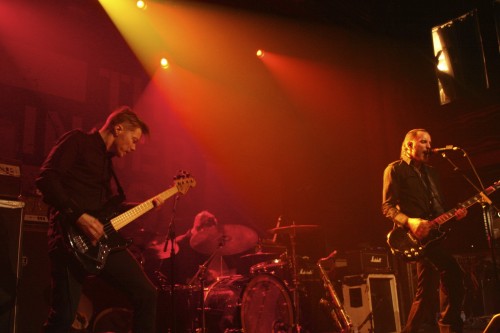 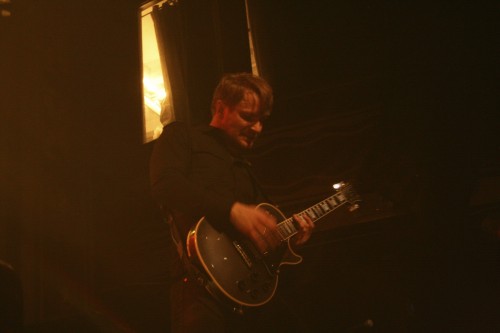 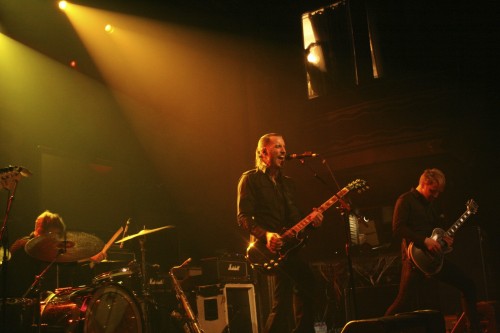 First up was Norway’s Shining, a self-styled “black jazz” band featuring the liberal and mercurial use of a saxophone. A sax making an appearance was the last thing anyone expected, and it was received well by Shining’s followers. Not too impressed was everyone else. I flipped my shit and totally dug it. Way to push the envelope guys. As the opening band, I felt they really set the mood to “unexpected” and properly gained the venue’s attention. Perfect play for an opening and emerging act. They played songs from their latest Prosthetic release, One One One, all of which translated well, if not better, live. Great performance by a truly innovative band. 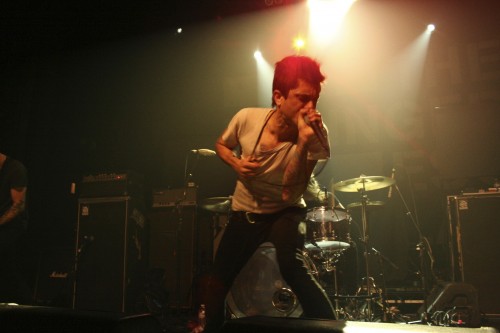 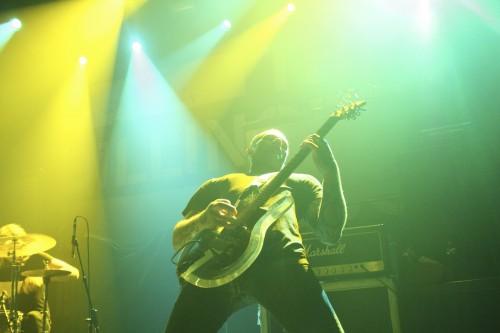 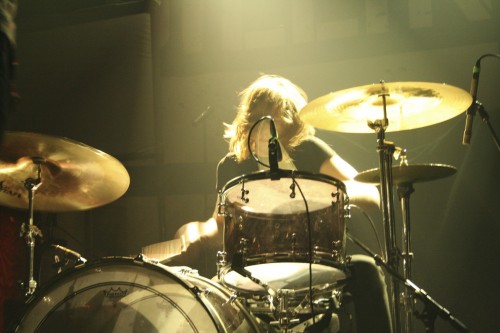 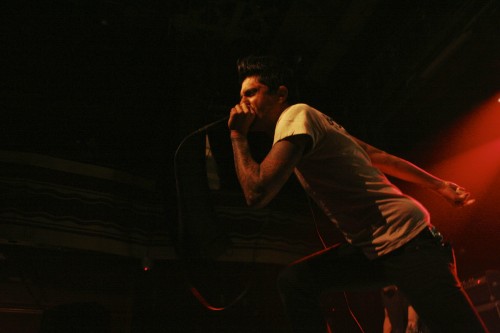 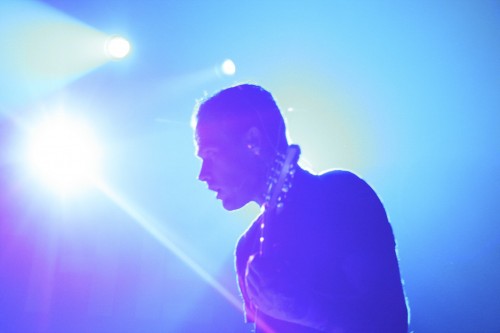 Following was Retox, who hail from Southern Californina. There singer didn’t have much to say verbally, but his contortions strip show physically said much more. Definitely throwing out the game hard. These guys took stage and went balls out until the end, leaving nothing behind. Aprropriately signed to mega label Epitaph, Retox showed up with an unbridled attitude, lo-fi style, and raucous performance unlike anyone on the bill. Another win for individuality on this tour. 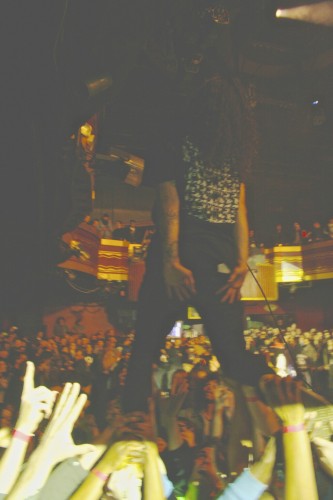 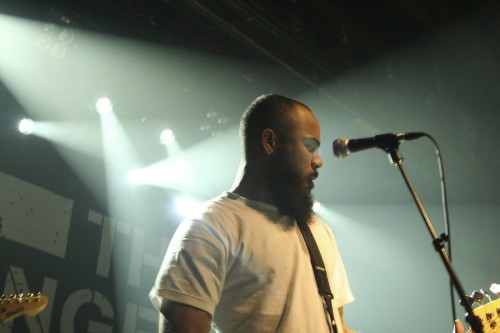 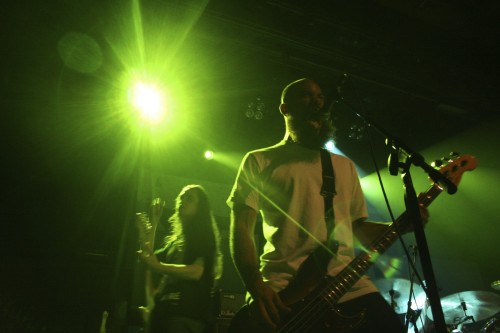 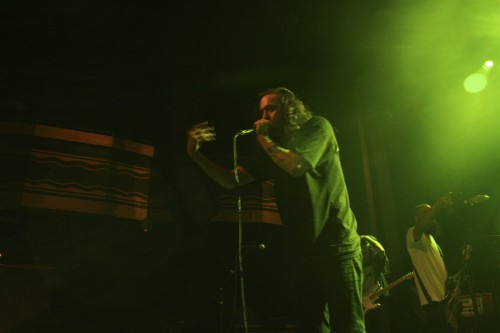 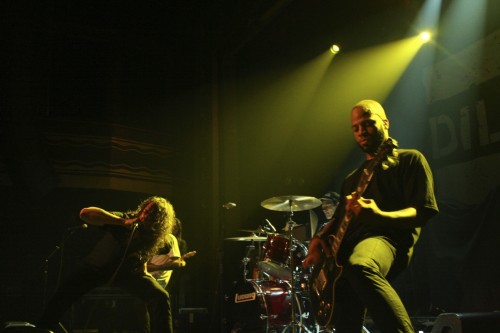 I had heard some Trash Talk hype before this show and they easily lived up to it. Hardcore to the bone, their singer Lee Spielman leveled death threats from the middle of the pit, barely tethered to a microphone cable. He spent most of the set there, calling audible song changes and bringing as many willing mosh pitters to join his tirade from the center of the floor. When he became unhappy with the result, he plopped himself down, singing while sitting in the middle of a waning circle pit. Momentum eventually picked up and round and round he dashed again. Lee definitely gets high score for crowd involvement. I later spotted him on an ad for Converse shoes on the subway ride home. Their latest release is entitled No Peace on Odd Future, which makes them the first non-hip hop act for that label. 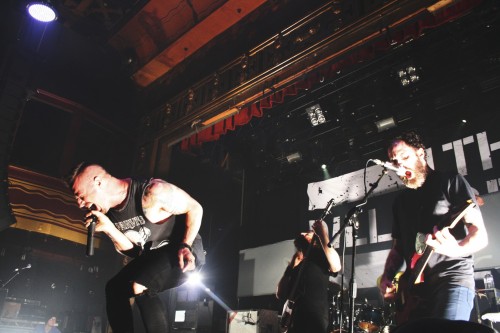 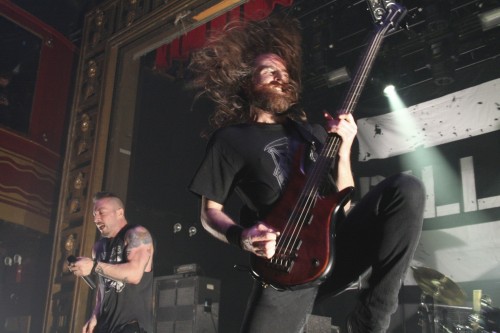 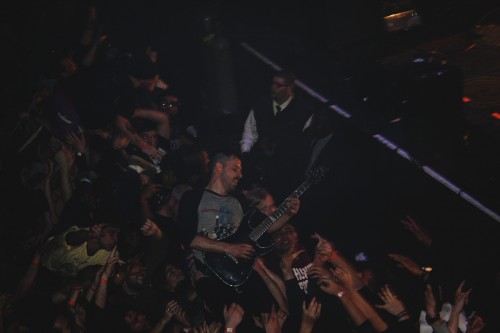 Dillinger came. They jumped around. They sang loud and played fast. They also did whatI feel they do best: cradling innovation. Hosting the deep breadth of sound on this tour is one of the things I feel makes Dillinger stand out. They take chances on emerging acts like their tour mates, garnering them new fans from the draw they have. That is true professionalism. They are always going to have a massive turn out, but sharing that with such a varied line up breaks up the monotony a lot of show bills can have. Big prog, opened up by little prog, suported up by fast prog and a local wild card. That formula is bland and doesn’t force anyone to be uncomfortable or go outside their own shortsightedness. Not to say that there weren’t times the crowd balked at the support this night, but overall, the whole night was a shit show of valuable variety and entertainment that many enjoyed. Thanks Dillinger.