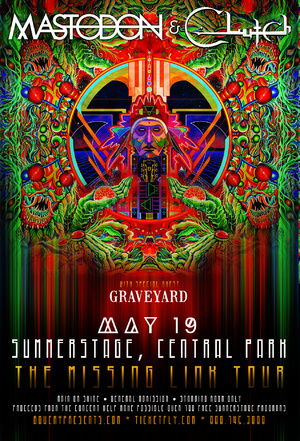 Continuing our two city coverage after Milwaukee, The Missing Link Tour thundered through New York City’s Central Park with Sweden’s protometal quartet Graveyard, with whom I interviewed that afternoon. Riding out the last of the day’s west-falling sunlight was Clutch, strong and heavy as ever in their 20 plus year career. As the night darkened, Mastodon took stage and the arboreal amphitheater, at first a simple stage nestled into a pleasant grove, now became much more ominous and powerful. It looked as if the trees were growing up and inward, reaching down from their stoic and gnarled height. The music cried a cacophony through the limbs and branches for acres and acres through the park. I’m sure neither the 5th Avenue neighbors nor the multitude of smitten couples out on The Lake in rowboats were too pleased. Actually, that sounds like a fucking rad date.

Read on here for the review and pictures. 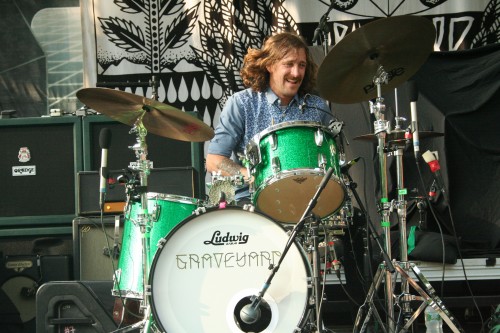 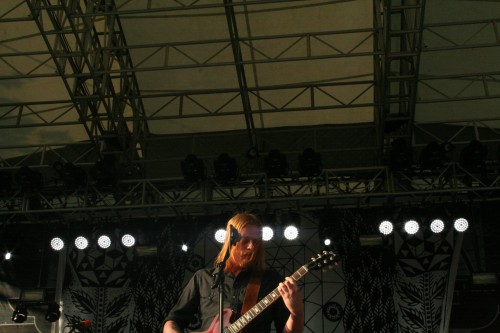 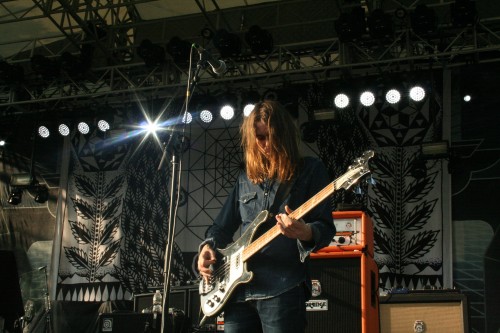 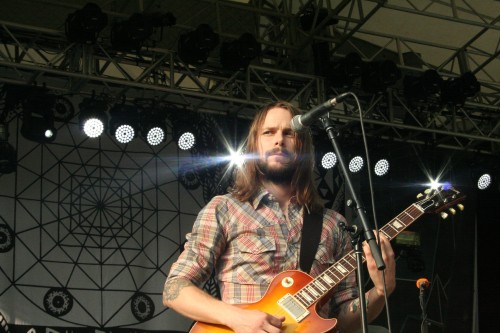 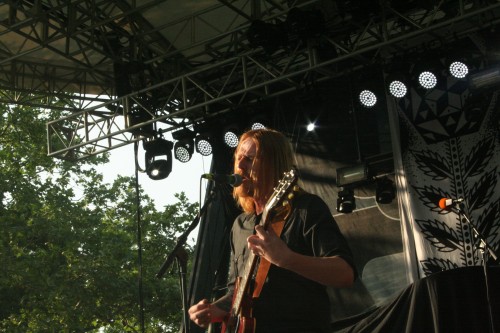 Hasty critics will explain them with dated and psychedelic buzzwords, but Graveyard stay clear of specifically defining their sound. “It’s not for us to judge who or what we sound like,” says drummer Axel Sjöberg. My favorite explanation of their sound is “they are like a Lynyrd Skynrd song cover by Black Sabbath.” Expect to be reading and hearing more about Graveyard in the coming year. They are gearing up for a new album to be released later this year on Nuclear Blast. “We wrote the album in Gothenburg, but we recorded it in Stockholm at a very old studio,” comments singer and guitarist Joakim Nilsson. A studio specializing in vintage recoding technology, built within an early 20th century cinema. Performing with instruments and amplifiers built ages ago, these guys inherently sound like they are from another decade, long ago. Their free interpretation of self expression through music harkens the way of those times as well. I head some positive early reviews from our first night of coverage in Milwaukee, and was just as pleased to hear them shine here in New York’s Central Park sun. I know they feel this is a memorable experience, as I do too. Their set touched on all three of their albums, and included a brand new one. I tuned in mostly for the self titled album songs like “As Years Pass By, Hours Bend” and “Satan’s Finest.” Both of those really stuck with me when I discovered Graveyard and it was an absolute thrill to hear them live. I look forward to seeing them more, as they tell me they will certainly be back “before and after the new year.” 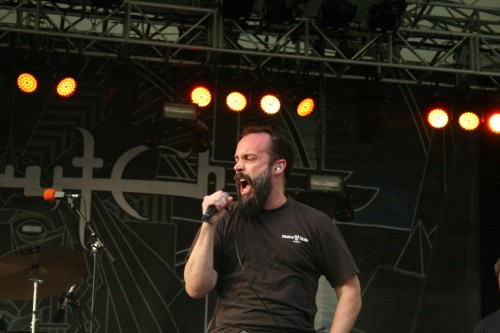 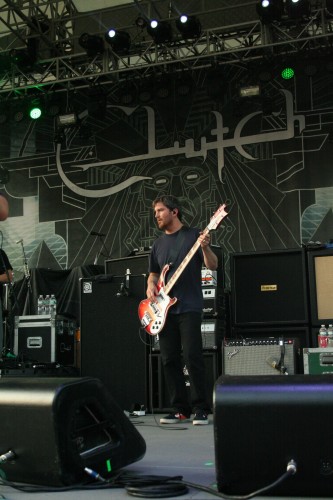 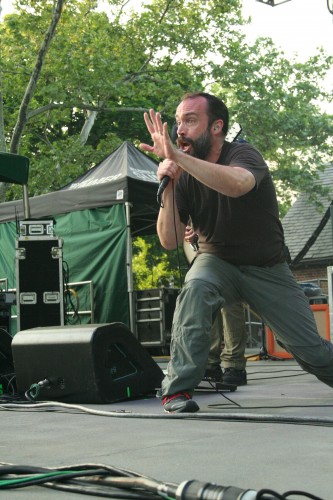 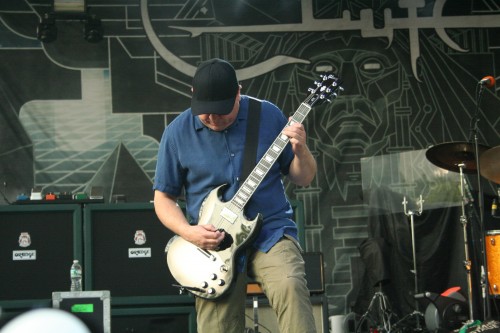 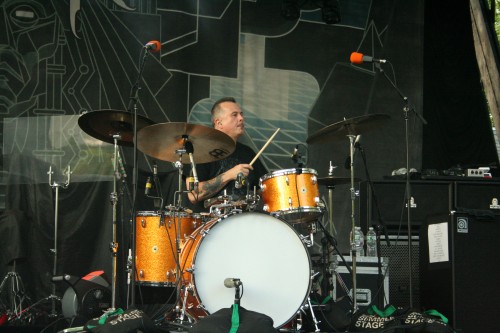 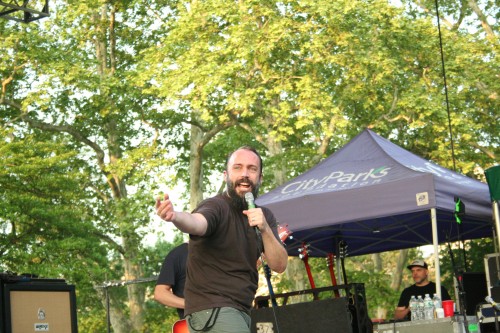 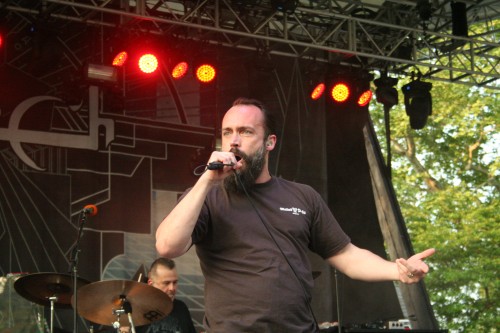 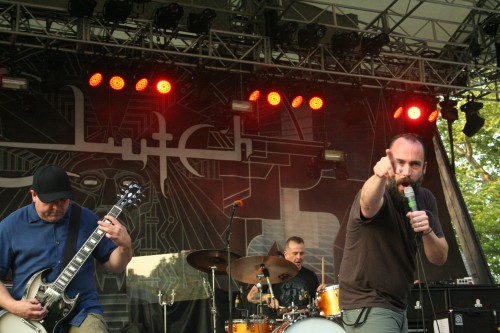 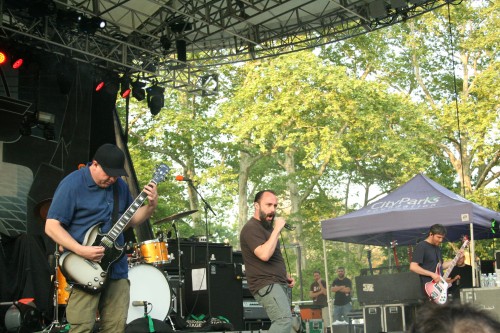 Oh Clutch. You sure do know how to throw a party.  I’ve never been an avid fan, but from what I saw, they have a fuck ton. Their crowd easily rivaled Mastodon’s throngs. Since ’93, these Maryland natives have stuck together and kicked ass all over the world. I mean, singer Neil Fallon had spine surgery from “a lifetime of headbanging” just a couple years ago and got right back out on tour. If that isn’t true badassery, I don’t know what is. Of course we got the obligatory “In my day…” speech from Fallon’s greying beard, but to stay around, you would have to had been around. They have never stopped making music as Clutch. Time marches on and they keep cranking out albums, side projects and other bands,  and tours. Kids now too, as bassist dan Maines dropped the last few dates to welcome a child I couldn’t Google the gender of. Congratulations to Dan and a big fuck yeah to Clutch for dropping a new album later this year, “Psychic Warfare,” which will be released on Weathermaker Records, a label they founded themselves. Boom. Legacy built. 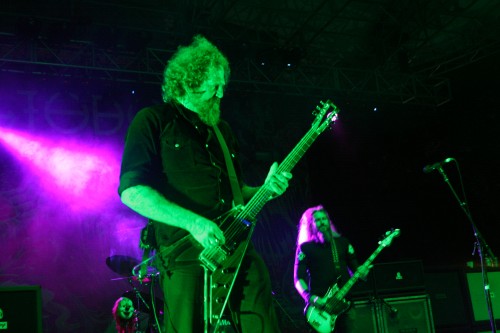 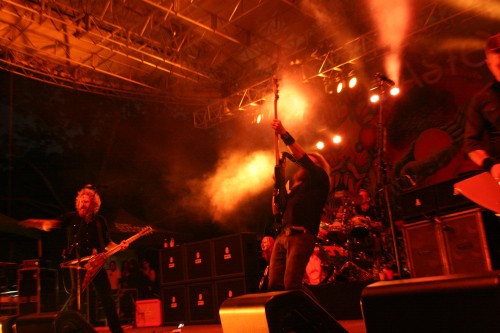 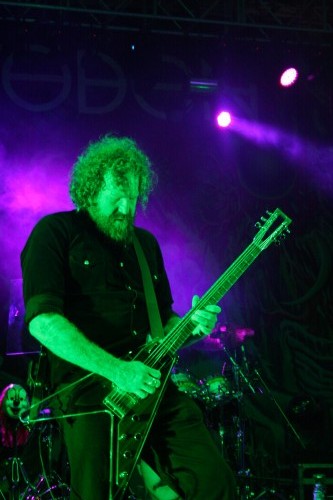 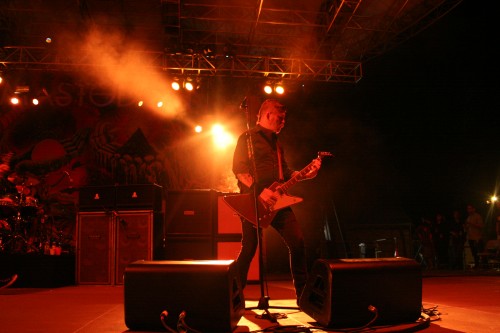 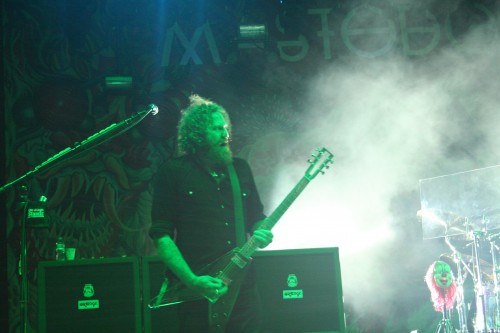 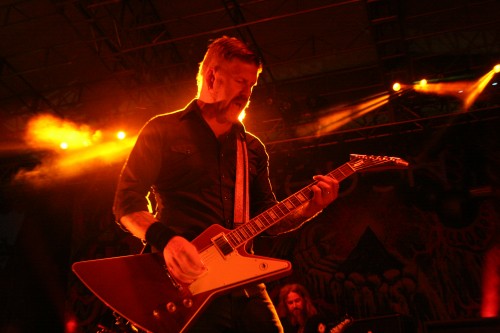 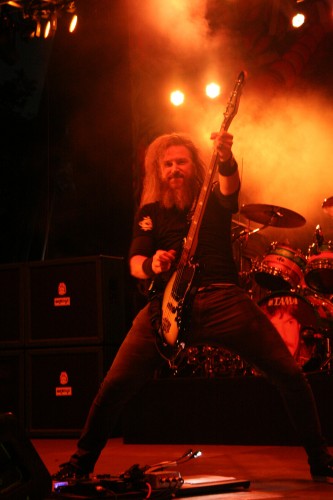 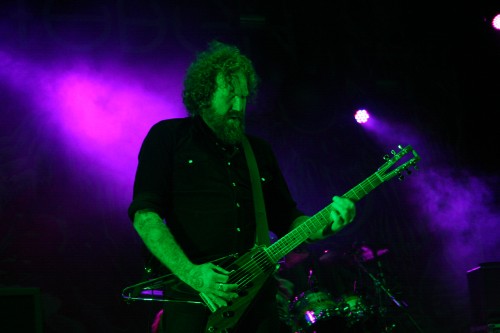 Mastodon’s heavy drawl slowly dredges into tempo, opening up with “Tread Lightly” and into “Once More ‘Round the Sun” to stoke the crowd’s fire still burning from Clutch’s set. Uncommonly balanced between new and old songs, Mastodon played a paltry three from their newest offering, heavily drawing from the earliest in their catalogue of albums. I’m good with seeing minimal from Crack The Skye, I caught that tour with Dethklok, but I was hoping for more from The Hunter. Also in that time not too long ago, we saw two live albums from both those cycles. I have come to decide that Mastodon live is a “see them at your own risk” experience. With Dethklok in 2009, they weren’t too impressive, musically. Stage wise, there were some fantastic visual and video accompaniments that really developed the story of Crack The Skye. This current tour saw them stripped down visually and singer Brent Hinds still can’t seem to find the microphone outside of a studio. Mastodon can be a very vocally powerful band and it breaks my fucking heart they struggle to replicate those awesome three-part harmonies in some of their songs. As a performance unit though, these guys are so in sync with their cues and improvisations. I think I’m more drawn to their live musicianship and writing creativity, rather than hearing their singles through the years. The changes between the heavy and the melodic styles and dynamics was seamless. So to sum it up, they are great, imaginative musicians, but sometimes fall short of what you would expect for a band at their level. To brighten the tail end of the night up and go out with a proper bang, Clutch’s singer came out to sing on “Blood and Thunder,” which he recorded with them form their 2004 release Leviathan. Crowd insanity was imminent.