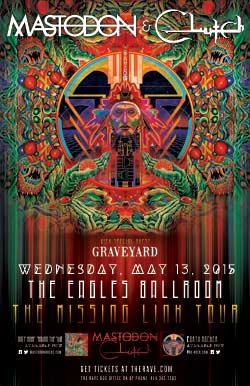 The progressive/stoner metal lineup that The Missing Link Tour provides is a show that one would be remiss to miss. As the crowd filled the Eagles Ballroom, the air began to smell like an over heated hemp store in the middle of a humid summer day. The perfect environment for the evening’s festivities. Graveyard, Clutch, and Mastodon are generational bands that bring together the past, present, and future into one killer evening of auricular enlightenment. 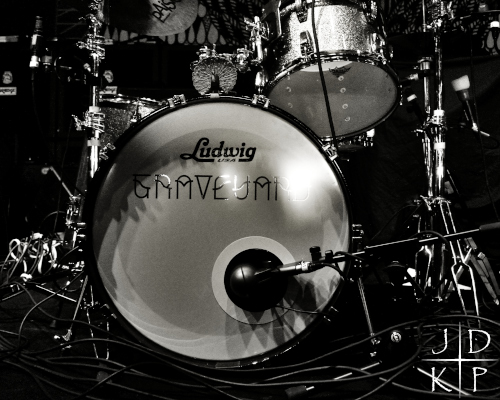 If you haven’t heard of Graveyard, well you need to get familiar with them. These Swedes are a unique breath of fresh air in the world of psychedelic/blues/stoner rock that easily becomes stagnant and redundant. I had the pleasure of coming across their 2011 release, Hisingen Blues, and became an instant fan. Hearing them live brings a whole new level of experiencing their sound. Their stage presence is minimal but just enough to keep you engaged in what’s happening on stage. Singer, guitarist Joakim Nilsson gets lost in his music as he moves around the stage with a visceral energy that spreads out into the crowd. Jonatan Larocca-Ramm (guitar, vocals) and Truls Mörck (bass) anchored themselves on stage left and right, agents of repose in typical jam band fashion. Drummer, Axel Sjöberg, plays with intensity while retaining a playful, lighthearted air. Go see Graveyard live and let them put you into a body rocking and head bobbing trance as their music surrounds you and resonates into your marrow and spirit. 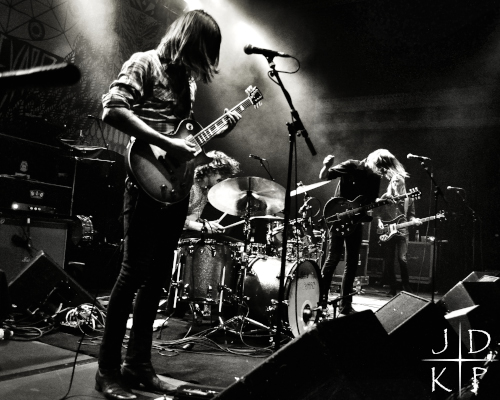 Clutch is the band that breaks you from that trance and gets you jumping and throwing your hands up as you sing along (or attempt to). I haltingly admit that I was a bit late to the Clutch party. I had heard of Clutch back in the 90’s but it wasn’t until “Electric Worry” from 2007’s From Beale Street to Oblivion that I realized what I had been missing, but regretfully since then I’ve only held a casual fan status. That all changed last night. 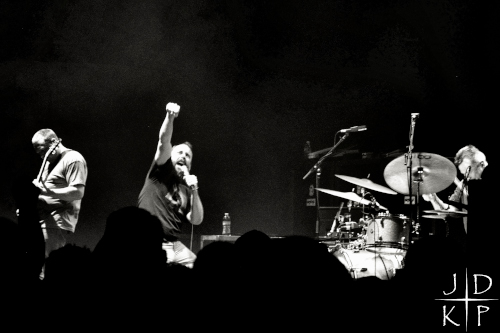 The moment Neil Fallon hit the stage, the crowd became electrified, and for good reason. Fallon works the crowd and the stage with jovial power and ferocity. I applaud and have a great love for bands that bring an enhanced experience from a recorded medium to a live performance. Clutch has mastered that craft in their 20 plus years. If you can’t but help stomp your feet, bang your hand, or raise your fists when finding yourself surrounded with their live sound, then you need to seriously consider barricading yourself in your home, turning on one of the many home shopping networks, and become a hoarder. I for one refuse to become such a hoarder and will make every effort to see Clutch on stage every chance I get. 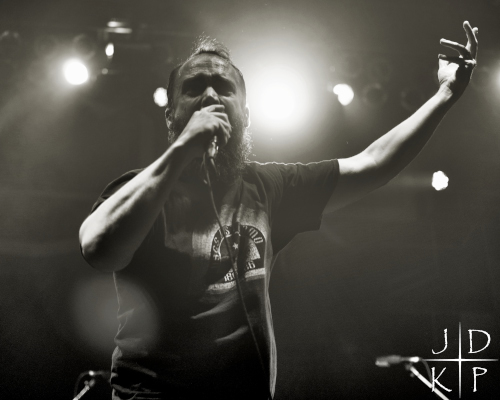 The evening concluded with the mighty Mastodon. I’ve been a solid fan of these guys since 2004’s Leviathan and have followed them to varying degrees over the years. Seeing Mastodon live as an experience of ebbs and flows, moving from that trance-like state to one of fist pounding and head shaking and back again. I’ve seen them a few times over the past ten years and after 2009’s Adult Swim Presents tour it’s hard not to compare any other show since to that intense visual adventure fans went on during that tour. Last night’s live performance was much like putting on a pair of high quality head phones and jamming out at a crowded party. Not a bad experience just not what I was hoping. Though it could have been because I was still coming down from the crazy ass thrill ride that Clutch took me on.

Now, stop reading this damn article and go catch this tour. Or at least go put on your best pair of headphones, turn off the lights, and attempt to put together a playlist that just might be better than doing it live. I doubt you can, but good luck.