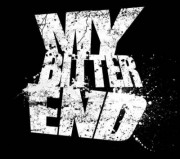 Long Island deathcore band My Bitter End have announced the return of ex-vocalist Tyler Guida. There doesn’t seem to be too much information but Guida has quit Dr. Acula who he has been singing for since 2008 and rejoined My Bitter End. You can read a statement by the band here.

My Bitter End stated:
“As most of you know, we had to part ways with Tim Zlinsky recently due to him not only living really far away, but also because of some creative differences we had as well. We love Tim. He’s not only an amazing person, but his natural talent as a metal vocalist is unmatched and he will always be considered family to us. With that being said though, it didn’t feel like MBE when we released the two new songs with him. He knew and we knew it. We thought about auditioning others, but that didn’t feel right either. The only reason we had tim come and jam with us was because we go way back with him just like everyone else who is in the band. So…after talking it over with him and solidifying plans, it’s our pleasure as a band to welcome back our longtime friend and brother Tyler Guida into the band as lead vocalist. We have never lost touch with Tyler the entire time since being a band again, and he has always expressed that he wanted to have something to do with the band one way or another so it only felt right that he should be the lead voice of us once more. When we approached him w/ the idea he was instantly down for it, and that’s that. So yea…Tyler is back. Expect great things from us in the future. Tours (not right away but eventually), LOTS of new music…the whole nine.”