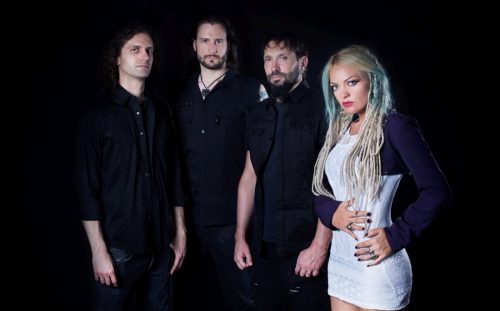 A variety of metal news for you today, cuz it’s the spice of life.

Phew, I was just driving around Woodstock, NY and it is a windy ass day. Tree limbs and actual full trees are down and old ass hippies just don’t know how to drive very well despite their generally all terrain vehicles. Glad to be back in my apartment a town away and decompressing to some rad tunes (though I did spend the morning drive with some Boris and Taylor Swift).

Anyway, let me tell you some cool shite!

Industrial melodic and at times thrashy metal band 5RAND have signed with Time To Kill Records. I wasn’t super familiar with the Italian band and they certainly have some cool groove metal arrangements. It would be interesting to hear the music with a little better production cuz they have some crunchy, fierce parts and everyone is very skilled. Vocalist Julia Elenoir has a powerful roaring voice and even better very well done, smooth/incredible cleans with character. I would definitely go see them live and am into their song “Point of pain” after checking it out.

No news yet on a release date but congrats on the band for singing to their new home. Looking forward to hearing more from them.

Today, WINDHAND unveil their new hypnotic video, “First To Die” directed by Philippe Grenade. “The inspiration for the video started with the lyrics, First you die, to be born,” Grenade explains. “I immediately saw the image of a woman suffocated by the crushing anxiety of a metropolis; drowning in the delirium and being forced through some sort of psychedelic death trip and coming out the other side with a new point of view. A psychic death and rebirth. The video expresses anxiety and transformation while honoring the beauty of Windhand’s music.”

Additionally, WINDHAND returns to Europe next week in support of their new album Eternal Return. The headline tour begins March 7 in Vienna, AT and ends March 24 in Leipzig, DE. 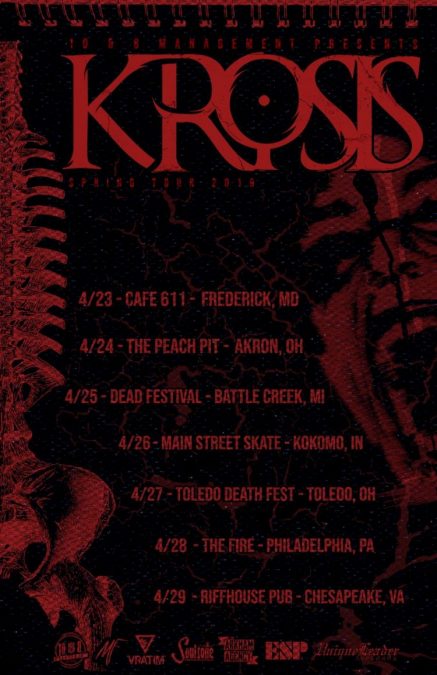 Raleigh, Nc based progressive deathcore group KROSIS have announced a new round of dates supporting their 2018 Unique Leader debut Solem Vatem (“Melting Point” is the jam, fyi). The tour, which runs from April 23 – 29, will cover parts of the East Coast and Midwest and sees the band performing at DEAD Fest and Toledo Deathfest.

Vocalist Mac Smith commented, “I am extremely excited to announce that KROSIS will be trekking across the East Coast and the Midwest from 4/23 – 4/29. This marks a new chapter for the band as this it is my first tour as vocalist. We will also be revealing details on a single that will be on the way very soon, so stay tuned for that! We in KROSIS want to thank everyone so far for the amazing support, as well as the support that has been shown for me personally. We can’t wait to see you all on the road.”