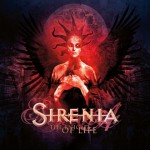 In support of their upcoming album release, Norwegian/Spanish gothic metal band Sirenia have announced their first two appearances for the 2011 festival season. “The Enigma of Life“, the band’s fifth studio release, will be available on January 21st through Nuclear Blast Records. Two of the new album’s songs “Fall Angel” and “The End of it All” can be heard on the band’s MySpace page.