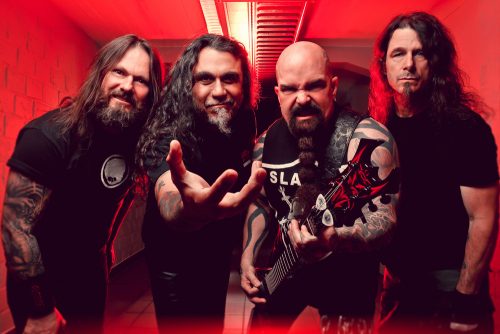 I guess it had to happen someday. Slayer, arguably the best extreme live thrash band of all time, are calling it a day. I have so many insane memories of seeing them live, from Roseland with Fear Factory and Kilgore to at Mayhem with Slipknot to the Mid Hudson Civic Center to touring with Megadeth on the American Carnage tour to a bunch of other times. There just is nothing quite like seeing the band drop into the bridge of “War Ensemble” live and I doubt there ever will be again.

I liked Repentless and hoped they would have one more in them before a curtain call, but you’d be criminally insane to not believe they have had a historic run to rival nearly any band in metal or any genre. Hails, dudes. Kinda sad to see you guys go before the Kardashians.