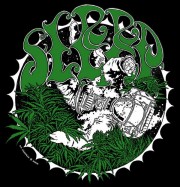 In recent years Sleep have attained a near mythical status, especially in the wake of Matt Pike’s succes with High On Fire and Al Cisneros and Chris Hakius’s equally hyped project, Om. It doesn’t help either that Sleep periodically emerge from out of nowhere and announce a handful of reunion shows to satisfy the hungry masses.

This time the psychedelic sludge masters will perform on three separate occasions in June of 2011. Check out dates and locations here!