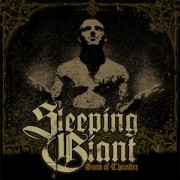 Metalcore band Sleeping Giant has released a track from their upcoming album “Kingdom Days In An Evil Age.”  The track “Dead Men Walking” is being streamed on the band’s Facebook page and is available to hear after liking their page.  To go to the band’s Facebook click here.

Kingdom Days In An Evil Age is set to be released on July 12th through Aint No Grave Records.