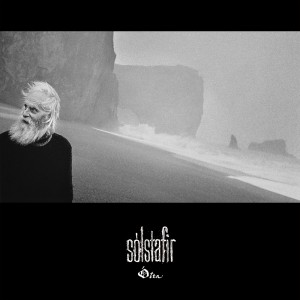 Enigmatic Icelandic rock band SOLSTAFIR have seen the release of a new video for the track “Miðaftann”. The video, directed by Harri Haataja and Vesa Ranta, is streaming now at NPR.

Regarding the video, SOLSTAFIR guitarist/frontman Aðalbjörn Tryggvason comments, “The track is about wandering in darkness. Playing chess with Death, getting burned by salt, drowning in the ultimate wave of sin and returning back home by using moonlight as navigation.”

Video directors Harri Haataja and Vesa Ranta comment, “They told us a real-life story about a sailor who lost his crew at sea and was stranded to shore as the only survivor,” the directors write. “He proceeded to find his way to town and [along the way] he found a barrel filled with water. But the water was frozen, so he had to punch through the ice with his bare hands to fight the dehydration. Eventually, after a long journey, he found his way to town and survived.”

“Miðaftann” is taken from SOLSTAFIR’s critically acclaimed new album , ‘Otta’. The album, which has made Decibel Magazine’s top 40 albums of 2014, is streaming here, and is available now at the Season of Mist E-shop.