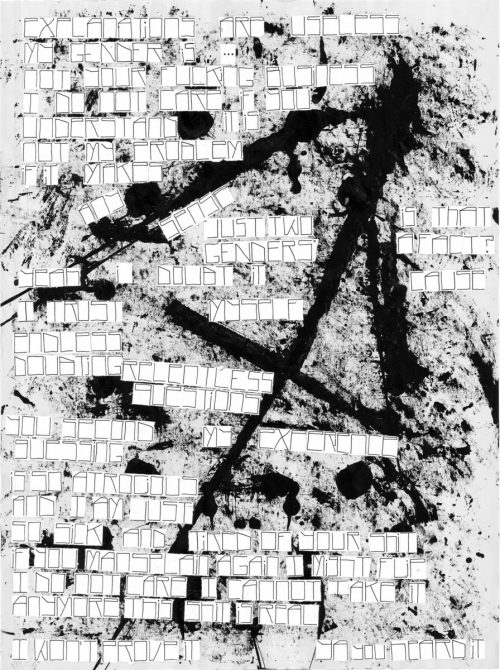 A few years ago I released a Walking Bombs album with Nefarious Industries called Sphinges, Sibling Selves and Queens (which just turned 2). It had three or four songs on it that directly discussed my gender journey and one song in particular that was really intense to create and was very screamy and cathartic by the end. It felt vulnerable but also profound to be out in my truth and unashamed and forcing confidence on myself to carry a shield and boldly present it to the world, regardless of reaction. I am glad I had the strength. And I don’t blame anyone for any stops or starts or different approaches to their own journey or lack thereof.

That said, after feeling the huge range of emotions that goes along with fucking spilling your guts about your gender to a cold fucking world, I know how helpful it can feel as a trans spectrum punk/metalhead to have other tunes to rock out with that are pro trans. So here are some links to a few songs or records that I am taking refuge in lately as a non binary person.

For awhile all anyone talked about the last few years was G.L.O.S.S. (who were awesome, no shade). “G.L.O.S.S. (We’re From The Future)” remains a total anthemic raging bop, in particular. It is just nice to also see more discourse these days about a lot more trans inclusive artists and more presence in the underground in general, from Feminazgul to mighty Doomstress to Cliterati to Underdark to Sonja to Dreamwell.

Speaking of Melissa and Sonja, I had a really fun time laughing with her the other night about trans-morphed classic punk song names (“Gimme Gimme Puberty Blockers”) and encourage everyone to PLEASE support the awesome Toxic Femme.

Of course on a wider stage you also have Life Of Agony and Against Me! with very visible trans members. And I miss Cretin a lot. Stranger is so fucking brutal, a perfect blend of proto grind, death metal tightened chaos. Marissa Martinez remains inspiring.

I was thrilled to learn of the band Y.G.S.L.R.H. S.T.F.U.T. freaking the fucking shit out of dumb fuck conservatives after the Wi Spa nightmare and their recent Queerpocalypse endeavors.

“Panic Defence” by Pupil Slicer is on one of my favorite albums of the year that will def be on my year end list and is a great example, as well as just a fucking crushing jam/ extreme music beacon. This band goes hard.

Portland’s Emasculator, not to be confused with my friend Mallika Sundaramuthy’s post Castrator upcoming project, have a pretty brilliant and definitely North West punky crusty rioty hybrid sound which screams DIY shows and zines and meaning every word. I only recently discovered their brilliant track “I Won’t Prove It” and am super enjoying it.

The song is the last track on their Threatening Visibility 2015 release and I literally stumbled across it today, drawn by some gender warp magnetic force. Thank you, oh great non binary Universal forces! Really love the textures and sense of unease but powering through drive and eventual confidence found in the song as well as a sense of outside forces encroaching through dogma. The distorted momentum is addictive.

‘endless doubting/relentless questions/you second guessing my experience is so atrocious.’

Andras and Demeter Wept in the very productive lo-fi black metal wonders Cultum Draculesti have been really inspiring me lately with their awesome music and unabashed demand for trans respect and reparations as well.

Their self titled album in particular is raw and beautiful and vampiric in all the ways I like.

Liturgy’s Origin Of The Alimonies I also have to mention as perhaps the most mind expanding and intense of all the Liturgy releases as well as one of the most forward thinking triumphs and musical statements that will hopefully have aliens think we weren’t all shit if they ever find our smoldering remnants and somehow a copy of it remains in the future post-apocalypse once some vines and trees grow back, etc. ala The 100.

The record I maybe have listened to the most out of the trans friendly releases this year however is Dun Pageant from Seed. This record is just painfully stark and beautiful like an alienated lullaby, melodic and jarring akin somewhat to the tension and release of Big ‡ Brave. Out of all of the above (besides Against Me!, obvs…) I could see it reaching the most people if given half a push/chance by the music industry and society. It feels like a lost banshee telephoning in via Ley Lines to warn us that the 90’s didn’t push hard enough for inclusivity. 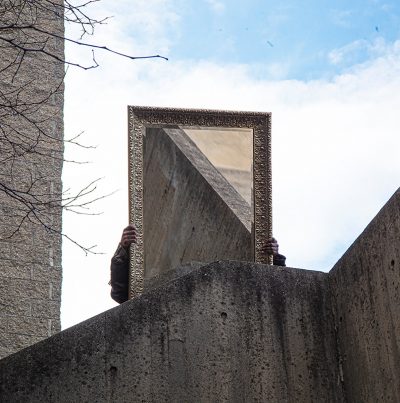