Song Of The Week: “Africa” by Toto gets the Circuitry treatment 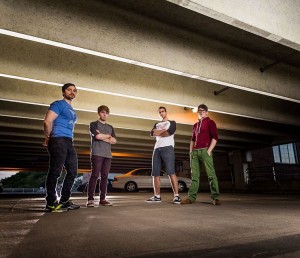 New Jersey’s Circuitry have had a good week, from a GEAR GODS to releasing the most kick ass cover we’ve heard in recent memory. Yes, despite mighty Baroness releasing the in-fucking-credible “Chlorine & Wine” this week (a song that marries all the different facets of the band into one big Purple triumph), this week’s winner is still a young prog metal band of weirdos with a sense of humor, sick chops and good taste. Yes, Circuitry nailed “Africa” by Toto in a super fresh and rad re-imagining (exspecially the verse vocals, djent-y little ear candy riff strokes added in and the brillianly slewn solo section, now a shred fest.

If you don’t like this and play it twenty times in one day like I did, I don’t know why you are here.