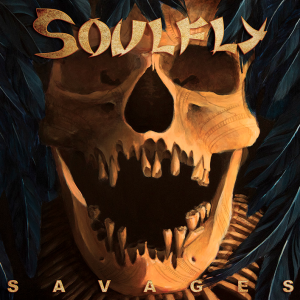 Brazilian metal dudes Soulfly have released a lyric video for “Bloodshed,” the first single off of their upcoming record Savages, out October 4 via Nuclear Blast. The track features frontman Max Cavalera’s son Igor on guest vocals.

Max commented on the track: “The song is about the absurdity of the human condition in territories plagued by bloodshed all over the world. Not just recent events like Iraq, but also historical conflicts such as the U.S. Civil War, World Wars I and II, etc.”