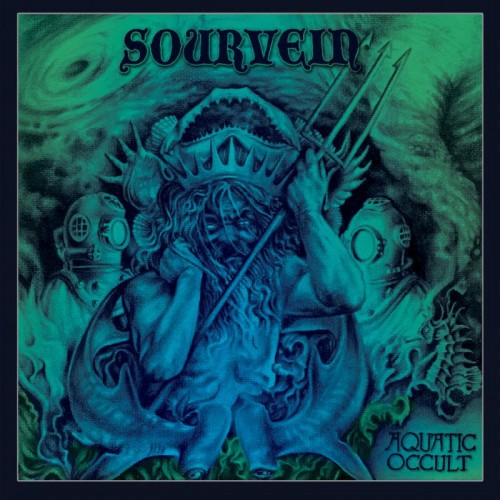 Sourvein will release Aquatic Occult via Metal Blade Records on April 8 and will be the band’s debut with Metal Blade.

The album will feature performances by Randy Blythe, Stig Miller and Reed Mullin.

“‘Aquanaut’ is a fun tune, it was a main riff I had for awhile; it turned out cool on tape. It’s about being underwater, descending to the depths, looking for a sunken ship and finding your way back. I had Dean Berry from Iron Monkey do the lead guitar – he killed it, as did the other guests on this track – the Subrig Destroyer guys Chris and Joel from Athens, GA. Hope everyone digs the track!”