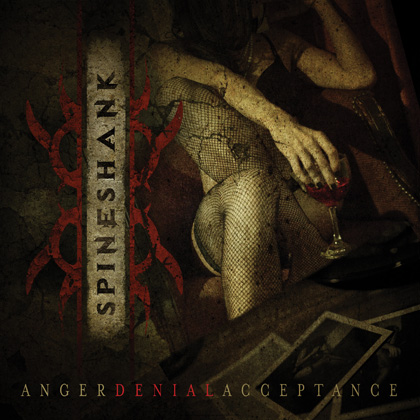 California industrial metal act, Spineshank, have recently revealed the title and artwork for their new record. Their much anticipated fourth record, titled Anger Denial Acceptance is due out this summer and will be the band’s first album since their six year hiatus.

“It was very important to us, as artists, to make this record. We felt like we had something to say as a band… Some of us were going through divorces, others lost people very close to them and that’s what basically surrounded us during the creative process.”

Album art as well as the track listing can be seen here.

The new album will be released in North America June 19th and in Europe on June 18th via Century Media.

09. Everything Everyone Everywhere Ends