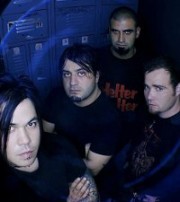 California industrial metal act, Spineshank, have announced they have been signed by Century Media. The band had been on hiatus for six years and are finally ready to get back together. The band has also announced that they will be releasing a new album entitled “Anger Denial Acceptance.”