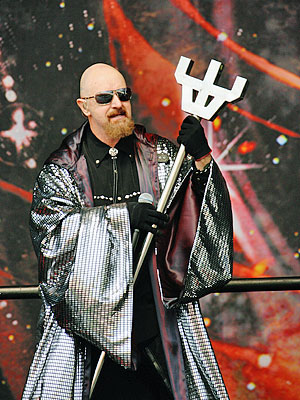 Hey best buddies out there in metal land. Seems to be a lot more vitriol this week in our fair kingdom of virginal metal ears. A lot has been made about #metalgate and Phil’s exit from Cobalt (check the metal sucks link cuz it has an in-depth recap, but long story short he has been making very homophobic statements and got booted from the band by Erik). Metal is supposed to be about freedom of speech. I get that, but when you tell bands they are like “faggots fucking in a rest stop bathroom” , you have to expect some push back from  the intelligentsia.

I’m bi and I’ve been in bands 20 fucking years. Interviewed hundreds of bands. Of ALL backgrounds including people who were GOP or right wing, and I gave them a fair shake anyway even if I disagreed. I still listened to Alice Cooper even when he was golfing it up with Bush. Phil from Cobalt is really talented and it is sad to see he has so much anger/bigotry stopping him from connecting with other artists and fans (though maybe it isn’t, because there has always been an extreme amount of hate in this world and the only extreme thing about that is how over the top and endless it has been through history). Phil served and probably did it for what he felt were patriotic reasons even though I don’t support the military industrial complex because hate follows hate follows grabs for real estate at the expense of many lives. Not that real threats to American lives don’t matter but this world is a cesspool of intolerance and violence no matter what country you come from.

And isn’t this  country supposed to be about inclusion? Didn’t we fight nazis in WW2? Im confused but I think I’m gonna go listen to Cretin and then sample some people making love in a public bathroom now because that is actually a cool idea for an industrial song.