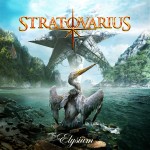 Finnish power metal pioneers Stratovarious have announced that they’ve been forced to cancel their French dates as a result of frontman Timo Kotipelto falling ill. It’s the second time in a short while that the band has been afflicted with health issues. A couple of weeks ago, drummer Jörg Michael had to be temporarily replaced for a handful of shows as a result of his battle with thyroid cancer, and his ongoing treatment.

You can watch the band announcing the cancellation here. The band had the following to say about Timo,

“Well, the good news is that we’re back on the road with Helloween. And Jörg Michael is back in his drum chair after his brush with death. The bad news is that Timo Kotipelto caught some sort of bacterial infection. We suspect it was something from the backstage food in December, but we don’t know. Two of the other people on the tour had the same thing: a very bad dysentery-like stomach infection with vomiting and diarrhea, dehydration, also eventually had to go to hospital, etc…Timo’s infection is stubborn and in addition to ruining his Christmas break, it has dried out his vocal cords. In his own words, he can’t sing a note at the moment. We are currently in France and so far we had to cancel playing in Paris and Lyon. We are of course very sorry about this, and nobody is more heartbroken or frustrated than Timo himself. Apart from heeding the advice from doctors we are in touch with, the only thing we can do at the moment is to hope Timo gets better. We will ride the 1000 km to Bilbao tonight and hopefully we will all get some sleep on the nice smooth French motorways. Here is a short video about the Paris cancellation and some words from Jörg.”

Stratovarius is all set to release their newest album”Elysium” on January 12,2011 from Edel.[youtube]http://www.youtube.com/watch?v=rBqq3o0_fhc[/youtube]