Christian metal hard rock veterans Stryper are back in force with a lyric video for “Revelation”. The song comes from their forthcoming 2013 release No More Hell To Pay. It is hot on the heels of The Second Coming, a disc of re-recorded classics that actually improves on a lot of the originals! Stryper are actually getting better with age and Michael Sweet’s voice sound great on this. The mix suits the band just right and has hooks but a bit more punch, a good modern feel but true to Stryper’s sound.

No More Hell To Pay will be released on November 5 in North America via Frontiers Records. The effort will be made available in two formats — standard CD and deluxe digipak featuring exclusive video content. Produced by frontman/guitarist Michael Sweet himself, the set features some of Stryper’s “strongest and heaviest material ever.”

Click HERE to see the video, feel good and turn it up! 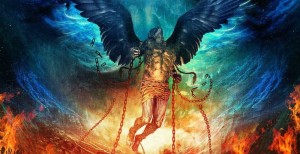