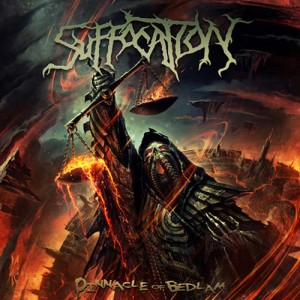 Suffocation just released the video for their track “As Grace Descends” off their latest album Pinnacle of Bedlam, which was just released Tuesday on Nuclear Blast.

You can check the video out here.

They also released a short making-of documentary for the video a few weeks ago, which you can find here.