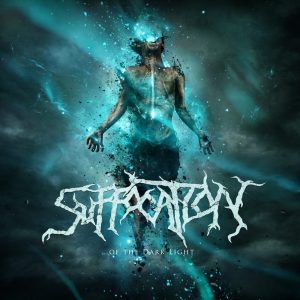 Death metal legends Suffocation have released a new song entitled “Your Last Breaths”. Not “Breath”? I guess that “Last Breath” is already a stone cold on the slab Hatebreed classic.  And I suppose if you are dying in the murder induced puddle that precedes most death metal songs you would be grateful for every final gasp, so maybe plural is the way to go? Except that if it really hurt you would want it to be over with and be a singular final breath. Hmmm…

Anyway, the song is probably going to be huge in a live setting but the drum sound here doesn’t do justice to the rest of the arrangement. The guitar solo sections, heavier slam parts and technical flourishes as well as the signature low growls and attacking guitar tones are on point though. All in all it still certainly is a solid cup of DM for the day and gives an idea of some of what to expect from …Of The Dark Light. I mean, you know it was gonna be Suffocation but the cover art sort of looks like Fallujah got more evil or somesuch.