Suffocation reveals the cover art for “The Pinnacle of Bedlam”

Long Island death metal band Suffocation have released the cover art for their upcoming album The Pinnacle of Bedlam.  The album is set for release in February of 2013 via Nuclear Blast.

The artwork was handled by Raymond Swanland and you can see it here.

Bassist Derek Boyer: “This artwork is a perfect portrayal of our music. The cover depicts lyrical content like “scales tip in degradation” and “hooded messenger of death is now set forth, punishment for all”. Raymond is an absolute beast of an artist!”

Guitarist Guy Marchais commented: “The artwork for Pinnacle brings another element to an already brutal album. Raymond knew exactly what we were looking for and delivered!” 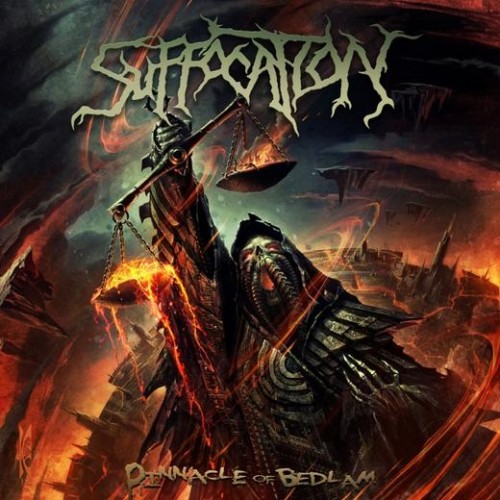