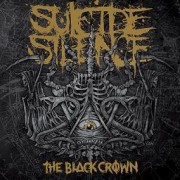 Slaves To Substance
O.C.D.
Human Violence
You Only Live Once
Fuck Everything
March To The Black Crown
Witness The Addiction
Cross-Eyed Catastrophe
Smashed
The Only Thing That Sets Us Apart
Cancerous Skies