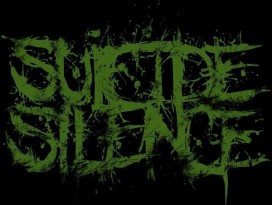 California death core band Suicide Silence lost their lead singer Mitch Lucker to a motorcycle accident on November 1st of last year. Since the passing of Lucker the reins have been taken up by former All Shall Perish frontman Hernan “Eddie” Hermida who preformed a memorial show on Friday, December 21, 2013. The band will be releasing a CD/DVD of the show and they have posted a documentary on their departed frontman which will be released on said CD/DVD.

The Mitch Lucker Memorial Show, which will be released on CD/DVD/Blu-ray on February 18, 2014.