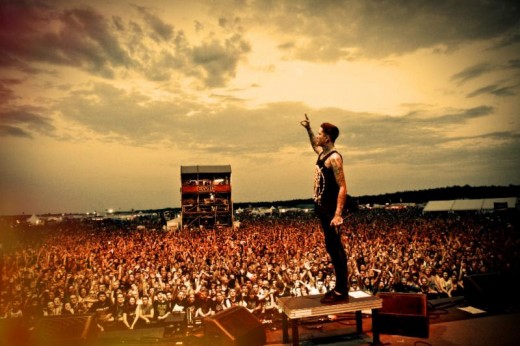 The DVD is called Ending Is The Beginning: The Mitch Lucker Memorial Show.

After Mitch’s untimely passing November of last year, the event captured by this DVD showed a great rallying of support for Mitch’s wife and daughter, and showed the sense of community in the metal world.

The songs on the DVD are performed by the members of Suicide Silence as well as various guest vocalists.

Ending Is The Beginning will be out February 18 in North America and March 17 in Europe.

Check out the trailer for the DVD and the track list here.

3.       Ending is the Beginning with Brook Reeves

14.     Slaves to Substance with Eddie Hermida