Superjoint, Child Bite, Battlecross embark on Pt.2 of Caught Up In The Gears Tour 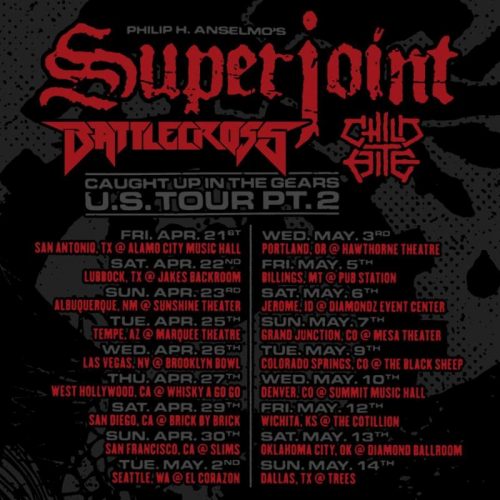 The anticipated second leg of SUPERJOINT‘s Caught Up In The Gears US live takeover will commence this Friday, April 21st in San Antonio, Texas. The eighteen-date journey will work its way west, coming to a close on May 14th in Dallas, Texas. Support will again be provided by Motor City thrashers Battlecross and noise rock eccentrics/Housecore labelmates Child Bite, also of Detroit, who both trekked out with the band during the first leg of the tour in January. VIP meet & greet packages will be available via the Housecore Store at THIS LOCATION. Keep your eyes peeled and see all confirmed performances below.