Sylosis guitarist breaks wrist, out for remainder of US tour 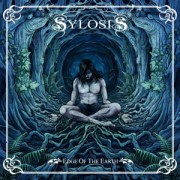 UK metal band, Sylosis, has issued an update via the band’s official Facebook page stating that guitarist, Alex Bailey, has suffered a broken wrist and will be unable to play for the remainder of the band’s current North American tour with As I Lay Dying. Touring guitarist, Brandon Ellis, will fill in for Bailey for the rest of the tour.

“To update our American fans on what’s been happening over the past couple of days. On Tuesday Bailey had an unfortunate accident where he sustained a broken arm which has meant he is unable to continue playing on this tour. We have however found a replacement guitarist to cover the rest of the AILD tour dates. For those fans who have seen us at both New York headline date and support for AILD you will have noticed we played as a 3 piece… We’d like to thank the guys in Mutiny Within – Brandon Jacobs, Andrew Jacobs and Chris Clancy, also Kyle Odell of Vanisher & Tommy Vext for being very supportive and helping us work this situation out!”

“A Decade of Destruction,” Sylosis’s first ever US tour, kicked off yesterday in Huntington, NY.

Sylosis’ second album, “Edge of the Earth,” was released on March 11, 2011 via Nuclear Blast Records.