Interview: Tarja – Classical and Rock, Beauty and The Beat 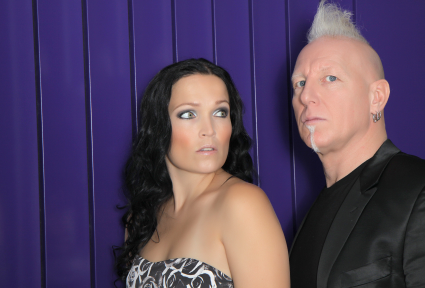 It was very demanding, really demanding for me as a vocalist. But it’s finally an opportunity for me to show that this is what I am…For me, I’ve never had the barrier in my soul, even being in very different genres of music like rock and classical. – Tarja Turunen

Operatic metal songbird Tarja Turunen has paired with respected drummer Mike Terrana to create an unforgettable listening experience in Beauty & The Beat.  Originally intended as a novel, one-time event in 2011, the show garnered critical adoration from fans and media alike. In the Spring of 2013,former Nightwish songstress, Turunen, and drummer Terrana, brought these eclectic sounds to the stage again, touring throughout the world, from Poland to Russia to Mexico, all captured on the 2XCD set, Beauty & The Beat.

The compositions comprising Beauty & The Beat include classic pieces by Bach, Strauss, Mozart and Rossini, without neglecting pure rock numbers from Led Zep, Queen and Tarja’s own work. It’s all combined with an orchestra and choir with more than one-hundred musicians on stage, an enormous sound, spirited drum work and her  angelic voice. Turunen and Terrana complement each other musically. Whereas Terrana bangs his drums with rock attitude, Tarja shines with her crystal clear voice and majestic stage presence all lulled with the warm, full sound of an orchestra.

Turunen elaborates: “The idea of having a symphonic orchestra, choir and Mr. TERRANA on drums was originally mine. Mike has done a recording with drums over classical pieces that I think is great. I immediately imagined it performed live on a stage with a real orchestra as a part of a bigger concept. Ibelieve this kind of combination of instruments, particularly playing mainly classical music, is very unique. I have been making collaborations withorchestras before and I could foresee a great outcome. Our main goal with these kind of concerts is that the younger audience experiences the beauty and power of a symphonic orchestra and choir. Hopefully it will serve as an introduction to classical music for some of our fans.”

It is more evidence that Tarja is doing just fine without Nightwish, who have done well with other singers but as much as I respect those other ladies, none of them come near Tarja’s level of chameleon-like range, vocal strength of such resonant beauty and glass shattering range.”You Take My Breath Away” is less just the opening cut of cd 2 for Beauty & The Beat, but also serves as a statement from fans awestruck at Tarja’s range, composure and beauty. Tarja singing “Kashmir” fully backed by strings is intense. Lot of power there and a must hear experience. I also want to make a side note here and say much respect to Turunen for taking great bands who are younger like Sepiroth or Intérprete out on her rock tours and giving them a big break.

But back to this amazing new collection with Terrana. “Swanheart” from Nightwish is stunning here. The arrangement is mellow, pastoral, sweeping, haunting, and more. Full of golden sorrows, tenderness and longing. If it catches you in the right moment, you will be melted and deeply moved. There are also many great moments of drumming from Mike Terrana, who for the most part manages to really command a lively interraction between his kit drums and the great many string and choir players he at times must help steer or playfully showboat with from behind the kit. A version of the well known “Barber Of Seville” is particularly spirited and fun, a successful merger of worlds. Dave from Megadeth should take some lessons from Tarja and Mike on how to actually play with classical musicians.

It was a pleasure to roll out of bed, make coffee and then talk to Tarja on the phone the other morning. She is just in a league all her own. 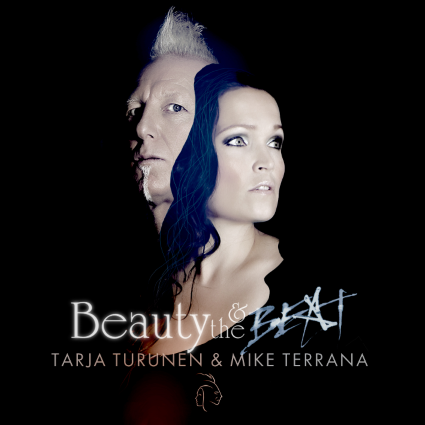 This is such an amazing release and tour. Everything you’ve done. I always loved Dvorak’s The Noon Witch and I think people sometimes forget classical has some dark stories for metal.

Tarja: Yeah (laughing). Thank you. Glad to hear that. Good things sometimes happen when you start brainstorming and have good people around you. It’s like that. I was playing and touring with Michael. I’ve been touring with him since 2007. So, he had recorded an album called Sinfonica. He had done arrangements for symphonic pieces, very famous classical pieces. I saw that album and thought this could work very well in a live situation. I knew that Mike had never played with a live symphony before. So, I started talking about classical music with Mike and the future possibility of working together with classical music and there…! It just happened. We started working and had people in Bulgaria interested in putting on a special event. And we did.

We did the Beauty & The Beat, for the first time, in 2011 already. And it was a huge success. It made us realize we wanted to build and work it and make a product out of that. It was harder to make the promoters understand what it was aboutbeforehand. “You want an orchestra? Uh huh.” I was not a very common arrangement. So it’s been a lot of work, but we’re having fun. (laughing)

The fun is apparent. “I Feel Pretty” is so lively and engaging. I love how warm it is. The end result it is like watching a play.

We wanted to bring classical music to a younger audience. For the people who don’t know classical nor are they interested in knowing about it. We are having a good time with this, so you can have a good time as well. So just give it a listen. It’s an entertaining program. We start with the serious classical music and then even into my songs and some Led Zeppelin, back to classical. It was very demanding, really demanding for me as a vocalist. Butit’s finally an opportunity for me to show that this is what I am. I have the background in classical as well as my rock days. I want to keep doing it because it makes me do better rock. It makes me feel free.

Maybe you bring fans of classical to the rock side, too. You never know.

Exactly. That’s been happening already!  Even in my regular concerts with Michael before that. There are some people that come to my shows who don’t normally listen to rock but they love my music because they heard it through a friend. Or having metal heads come into classical music. For me, I’ve never had the barrier in my soul, even being in very different genres of music like rock and classical. I’ve been happy to be able to do what I do and sing these styles. 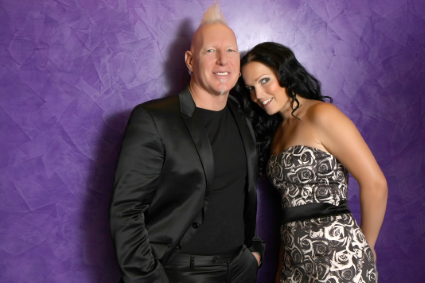 It’s also cool to be able to hear Mike’s drumming with the orchestra just on some instrumental pieces. You are used to hearing rock guitar fill the space that the strings take up instead.

Oh yeah! Horns and low notes, for sure. And it is great because it really allows you to hear the vocal complexity and rhythms at play between the drums, vocals and the strings.

We would like to, for the future shows, try to do some new songs. Carmen, maybe for the future. We did “Song To The Moon” in Czech Republic, in Czech. It is a very difficult aria, but beautiful. I love Rusalka, in general. But performing that, my heart was coming out of my chest. But it was fun.

I always say it is good to hear you still get nervous sometimes, because most people do get intimidated by your singing talent.

No, a lot (laughs). Especially before classical shows, I tend to. I am a workaholic, really. I want to keep on making progress and especially at classical. It makes me feel better. It makes me feel free. It’s difficult work that I am doing with my voice, so in that sense it always takes me being nervous. I want to make things perfect and it’s never there, but at least I try.

Well, in classical even more than rock sometimes, recordings matter for posterity. People want to go back and look at certain performances of an opera with a certain cast from a specific time period. Rock, you have Grateful Dead or Pearl Jam fans who collected every bootleg they ever played live, which is awesome… but…maybe it’s not as important. I don’t know. How was it playing so may places on the touring for this?

It was a lot of fun. We did a lot of countries from Russia to Europe to Latin America. Every time we arrived in a new location we had 2-3 days of rehearsal with a conductor, choir and orchestra. The scores we were sending them earlier, so then when they met me and Mike we could start to play because they’d worked on it earlier. Some pieces were harder for some players than others. The Zeppelin medley always took a lot of time! It’s a verycomplicated program in that sense becasue it goes from classical to rock pieces. It’s not easy for an orchestra that is not used to playing outside of classical. Time consuming. The concerts were really big, from three to five thousand people every night. Really beautiful orchestras.

It was interesting to see the cultural changes between the orchestras, How they world and received us. If there was tension in the beginning it was all gone at the end.Everyone was smiling and it was very fun. It was fun to see that tension change. Really nice. We definitely want to repreat it. It was a big challengeto find the right orchestras ahead of time. Without having any recordings, I had to somehow explain to the promoters what this was going to be about. But we found the orchestras that had already been working outside of just classical music. Used to some contemporary pieces. It really was a lot of work. I wish that now having the DVD in hand that it will get easier! (laughing)

It is a miracle of a thing. Any news of Tarja solo stuff coming up for your fans?

Oh yeah! Like I said I am a workaholic so I am already writing a lot of material for my next future rock album. Maybe some piano songs. I’m already producing the new album and there will be a lot of touring still with this new release. And we hope sometime to come to the US for the first time in awhile.

Thanks so much for all the work you continue to do and your drive/enthusiasm! 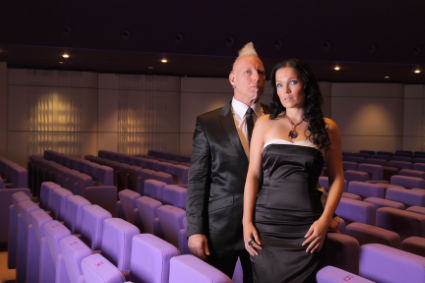